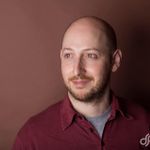 The Microsoft Tech Community has grown incredibly rapidly! This year we reached 250,000 members, amidst other highlights such as new product releases, AMAs, contests, Microsoft Ignite and other events. It’s been an amazing year.

To celebrate, here's a countdown of the top 18 product news announcements, moments and conversations from the community in 2018. Thanks for being part of it!

The community continues to grow at an extremely fast pace. In May, we celebrated attaining 150,000 members, and just seven short months later in December, we reached the impressive landmark of 250,000 members!

The Tech Community was home to a total of 77 blog posts sharing news, roadmap updates, new programs and event happenings at Microsoft Ignite. Members can access all of the sessions for free on MyIgnite, which is now built on top of Tech Community. See the sessions on-demand here.

A blog post published by Hari Pulapaka on December 18th in the Windows Kernel Internals Blog about Windows Sandbox has quickly become one of the most visited blogs ever on the Microsoft Tech Community. This blog post has received 380K views.

In June, after absorbing Microsoft Technical Communities into our site in November 2017, we released an overhaul of our Community Events space, helping user groups to promote their events via the Tech Community.

Starting the year with an immensely popular PowerShell AMA (Ask Microsoft Anything) with @Jeffrey Snover we eclipsed that popularity with popular Teams AMAs in the summer and in December (the latter with over 16,000 page views).

Now 21 episodes strong, @Mark Kashman and the SharePoint team launched The Intrazone in April 2018, a bi-weekly conversation and interview podcast, highlighting usage, adoption and use cases. Each episode was announced and promoted with a blog post on the Microsoft Tech Community.

Launched at Microsoft Ignite, Microsoft Learn is an interactive, quick, and fun way to learn Azure, promoted in the Tech Community in the Azure space.

We shared a number of announcements from Microsoft Build in the Tech Community, in addition to blog posts about the event.

Microsoft Teams announced on the Tech Community, in a popular blog post, its availability in a free version including features such as chat, file sharing, and video calling.

A SharePoint blog post in October launched the new SharePoint Spaces feature, proving to be an asset to Office 365 users.

During this past summer, we launched the Microsoft Kaizala community, adding a discussion forum for this popular collaboration application to the community toolbox for Office 365 and Microsoft users.

Several blogs that lived on the TechNet and MSDN blogs are now hosted in the Microsoft Tech Community! Some of these blogs include: Visio, Enterprise, Mobility & Security, Windows Analytics and Windows ITPro, with lots more to come in the New Year.

The Tech Community continues to expand, offering new product communities. Some of the most notable new ones this year, in addition to Microsoft Kaizala mentioned above, include Microsoft USB community , Microsoft Bluetooth community, Microsoft Healthcare Bot, and Small and Medium Businesses.

In late November, @Michael Kophs updated our online interactive guides. Our previous iteration of the guides was regularly among our most popular pieces of content in the Tech Community, and the latest version has almost 2500 views so far.

Here are a few resources to help you get the most out of the Microsoft Tech Community in the year ahead!

Have a favorite moment from 2018? Let us know in the comments!