I have Microsoft Office for Mac, Home & Student, 2019, which displays historical Equation Editor objects as images, but no longer supports editing those objects. (They were originally created using Office 2011, using both Word and PowerPoint.)

How do I go about converting those Equation Editor objects to a new format, presumably OMML? I have hundreds of documents with thousands of equations on them, and retyping those equations by hand isn't realistic.

Current error message that appears when I double-click one of those equations is shown here. 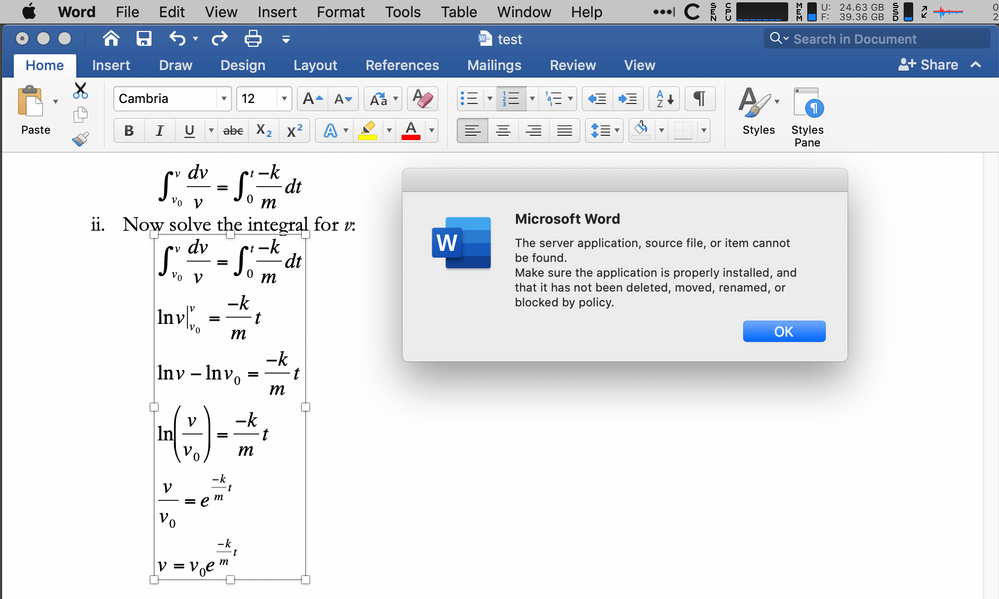 In looking for a solution online there are references to WIRIS's MathType as a paid third-party solution to the problem, but there must be a way of converting these equations...