Is it possible to use a formula in a cell reference?

I know this gets into relative cells, but this is a larger exercise to calculate a sliding window average. The issue is the starting conditions.

Let's say I want to calculate average income over the last 12 months.

How can I make it 'auto-generate friendly' when there are less than 12 months? I.E for the first 11 months.

Later cells would then all be uniform with denominator of 12.

In short, I want the starting cell reference to be '12 cells up' unless that would be outside of the table, with the ending cell being the current cell. Then the denominator would be the similar scheme.

If you have 365, presuming the data is in column A. You could use:

If there's not 12 numbers to average yet, TAKE will grab what's there and it will be averaged.

This formula returns the expected result in my sheet. Enter the formula with ctrl+shift+enter if you don't work with Office365 or 2021. 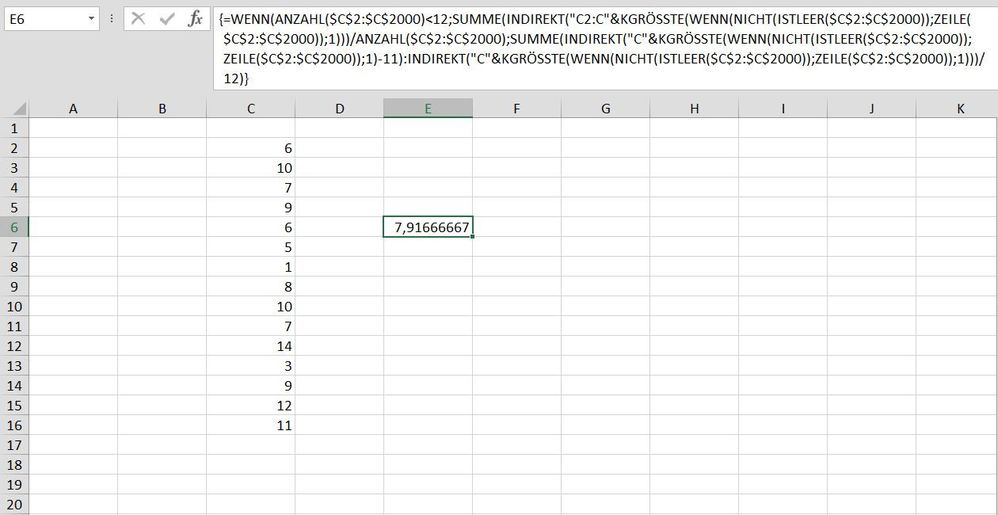 This formula returns the results if you want to copy the formula down from row 2. Enter the formula with ctrl+shift+enter if you don't work with Office365 or 2021.

Thank you for these replies! It is appreciated
0 Likes
Reply