Hello Insiders!  Today we released build 77.0.211.3 to the Microsoft Edge Developer channel.  We’ve got some new features, many of which you’ve seen over the past two weeks in Canary and have been eagerly waiting for in Dev.  We’ve also fixed quite a few reliability and behavior issues, the most significant of which include:

We have added a single fix from to the .2 release, a fix to the Add Profile button so that it works by default even if you don't change the name of the profile.

Thank you for the details in what was updated, changed, improved, etc. That level of detail isn't common with other company's applications, usually.

My folders on the fav bar are now yellow. They look totally out of place and kinda (actually very) ugly. A small unpleasant surprise (hopefully you can revert the change), but otherwise I'm really happy, you guys are doing awesome job.
7 Likes
Reply

I'm looking for that too.

@nverbeek I just checked again and the update was there.

Thanks for the language option!

There's a visual problem on the browser home page when the language is set to German.

The square where is written “Personalized news & more” (Personalisierte Nachrichten und Mehr, in German) doesn't fit with the text. 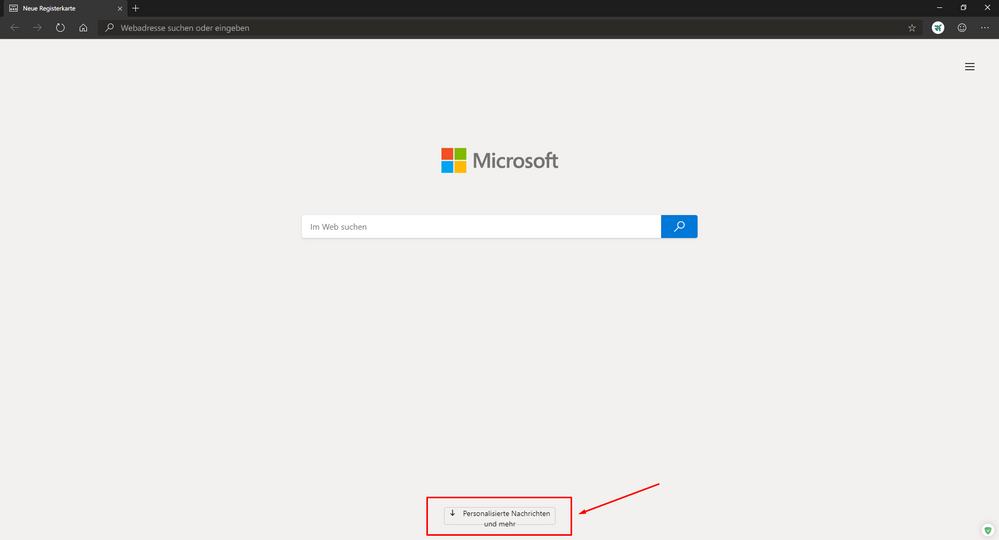 This update is awesome. Thanks for that. :)

@Passows No, the yellow folders are awesome!  So glad that you can finally differentiate between folders and website icons that don't have a favicon assigned.

Good work all! This is truly impressive and makes you think just how much work goes into building & supporting something like this :) You're all the real MVP's!

I'm waiting on my AAD sync so I can split my work and personal fav's! And so my customers can just have everything sync'd to the cloud. Jump onto another computer and it's all back. It's going to be amazing once all this is complete.
1 Like
Reply

@Elliot Kirk thanks for the update! we need the top section (bar and title) to be more minimalism and tight. The 13-inch laptop needs more space.

@Elliot Kirk Something that I find that is missing from the current dev build, is the original Edge favorites menu and settings, slide out tab. Personally that was one thing that had drawn me to edge originally over other browsers, as it felt more streamlined and easier to see and use... It would be interesting, if we aren't going to get that style back to understand the reasoning behind the change.

However, overall I love the changes that have been made, and how much you guys really take into consideration the feedback... I wish you guys well with this endeavor!

Or just click the middle button over the link ;)

Middle mouse button while hovering over the link. Works every time! ;)
0 Likes
Reply

Still waiting for the syncing function to completely move to New Edge.

@RubyBell Hi, my job require me to open 8 to 10 link in the same time every hour and report some financial issues, to do that i pin my favorites manager, so one click in a new tab would help me very much

@Elliot Kirk Dark mode is one of the most needed feature in a browser. If you include this extension's features into the Edge, it'd be perfect

Yes, noticed this too. Liked the other folders better.
2 Likes
Reply

@MarsMas , Just put all your links that you need to open in new tabs and use right click "Open All". 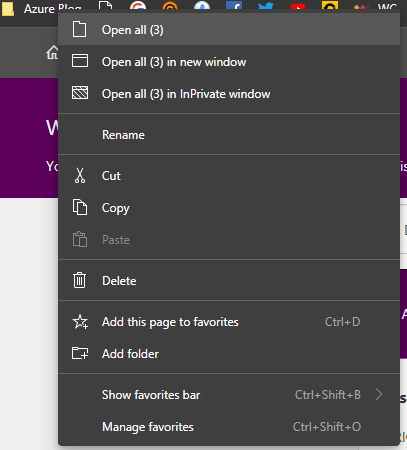 I agree. The monochrome folders were so much classier.

@MarsMas - If you use the "middle Click" on the mouse, the favorite/link etc will open in one click on a separate tab. This also works if you group your favorites into folders. One click will open all links in the folder.

I use this all the time, and not just in Edge

@Elliot Kirk did you fix that Lastpass bug?