A rendering issue seems to have been introduced in MEC version 76.0.182.6. Difficult to describe in words so here's a picture from a online game called Tribal Wars 2. 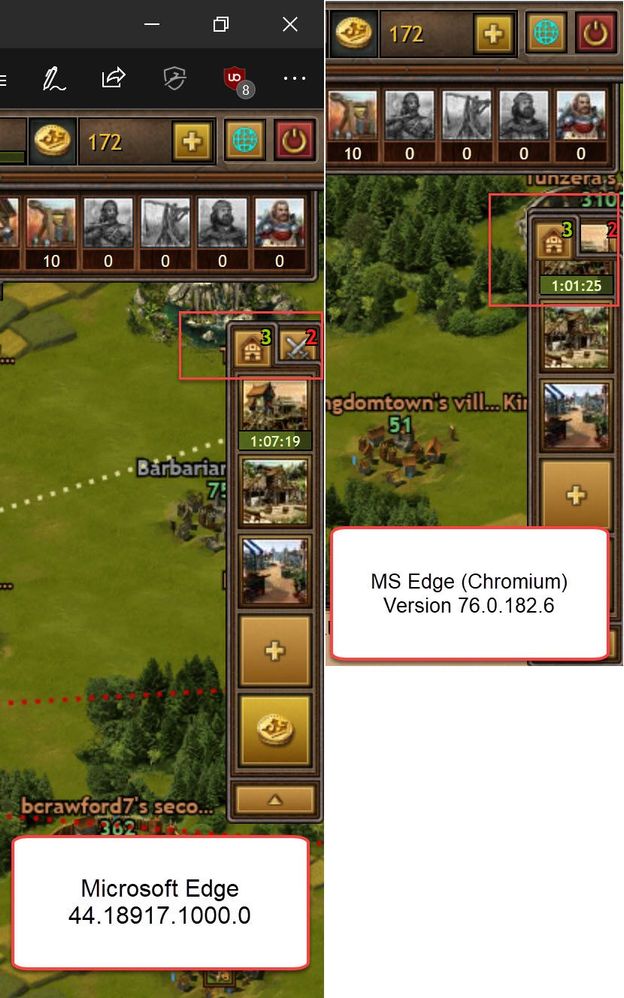 The right screenshot from existing Windows Edge shows the correct rendering of the floating box, note the two icons, one a building the other crossed swords. Underneath the building tab icon, the various building icons stack correctly. On the left is MEC 76.0.182.6, the building icons aren't stacking correctly, the icons appear to be behind rather than below the main tab icon. They are also obscure in front of the second tab icon of cross-swords.

Thank you for bringing this to our attention.  Is this issue still present?