Hello Insiders!  Today we released build 77.0.211.3 to the Microsoft Edge Developer channel.  We’ve got some new features, many of which you’ve seen over the past two weeks in Canary and have been eagerly waiting for in Dev.  We’ve also fixed quite a few reliability and behavior issues, the most significant of which include:

We have added a single fix from to the .2 release, a fix to the Add Profile button so that it works by default even if you don't change the name of the profile.

Should be good to try again now. We were just a little trigger happy. =)
3 Likes
Reply
Anonymous
replied to  Elliot Kirk

@Elliot Kirk I'm looking forward to improving accessibility with on-screen access programs. such as NVDA and narrator. poor availability when navigating with a mouse on web pages. content is barely voiced.

Hi @nikitat1260, we have been making a steady stream of accessibility fixes.  If there are areas that are not meeting your needs, please let us know so that we can prioritize properly.

Much better and more smooth, but still Favorite links opens in the current tab

In case you do not know this, but you can right click on "any" link no matter where it is.. i.e. Favorite/favorite bar/link on web page.. etc.... and there will be an option to open in new tab...... I use this option all the time....

Wow, Great.... You all have been putting a lot of work here on fixes and improvements... Love it and thanks Edge Team......

@Dennis5milethank you , i know that, but 3 steps to open an link is much of time i think, many other browsers get the link in new tab just one click , and that make sense

@Elliot Kirk I described the problem in detail in my post on this form. when a mouse with screen access programs is used, web pages are very poorly voiced by the narrator and nvda. Here's my post. https://techcommunity.microsoft.com/t5/Discussions/offer-of-functions/m-p/735363

Ah, great! The font issue with Oswald and Comfortaa has been fixed in Dev now, too, like in Canary. Much appreciated fix.

Oh, while on the edge://flags page I came across this interesting flag.. Not sure how long it has been there, but the concept is interesting... 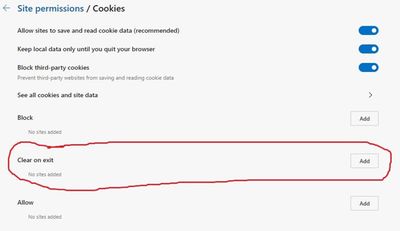 @Elliot Kirk I tryed Read Aloud  with 3 PDF and It's not working at all. Any workaround or property to fix before actually using it?

To open in a new tab in a single step, you can use middle-click (or Ctrl-Click) :)
3 Likes
Reply

Got the update on Windows 10, but I'm not seeing the update on macOS Mojave yet. I tried downloading the installer, but it's the old build.

@rexbinary Same here. All Windows machines were offered the update, but none of the mac machines are.

It is good to see so much work done, good job guys! I am looking for alternative to Chrome, for a long time, feel this might be it. When do you recon you will be ready for stable release?
0 Likes
Reply