Turn on suggestions
Auto-suggest helps you quickly narrow down your search results by suggesting possible matches as you type.
Showing results for
Show  only  | Search instead for
Did you mean:
Interview with a Lync Pro: Dustin Hannifin
By


The Microsoft Lync Server technical community is full of knowledgeable IT professionals who work tirelessly to share their wealth of experience and expertise with the world. They blog, tweet, deliver presentations and answer questions in the forums to help foster expert knowledge for administrators and IT Pros in every corner of the globe.


In mid-2011, I decided to use my own blog, Justin Morris on UC , to interview and learn from these noteworthy individuals who consistently go the extra mile to help all of us better understand Microsoft Lync Server. For the fifth installment in the series on NextHop, I interviewed fellow Lync MVP, Dustin Hannifin from Unify Square.


What's your technical background? How did you end up where you are today?
I actually became interested in the whole technology thing back in high school and decided to make it my career. I started taking NT 4.0 certification exams in my freshman year of college. I started in computer science, and then decided being a programmer on a daily basis just wasn’t for me. After college, I worked for a large enterprise but decided consulting is where I belong.


Can you tell us what your position at Unify Square entails?


I’m a Senior Unified Communications (UC) Consultant with Unify Square. We help some of the world’s largest enterprises successfully implement and adopt Microsoft UC solutions. I spend a lot of time focusing on projects that entail large-scale PBX replacement. 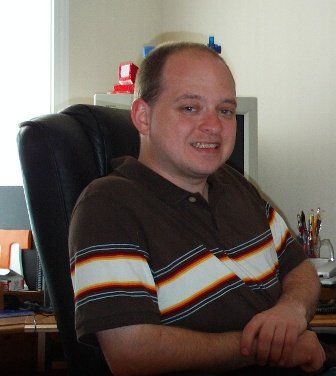 
What made you get into UC and specializing in Lync Server?


That’s a fun one. I used to spend a lot of time administering and maintaining SharePoint deployments. I was even a SharePoint MVP for one year. Oddly enough, I received the notification of my first MVP award while attending an Office Communications Server 2007 Ignite event. The conferencing and collaboration capabilities are what sold me on Office Communications Server 2007 at that time. I really thought being able to set up your own infrastructure to support collaboration over LiveMeeting would be a game changer.


Federation. I rarely make a business-related call to the PSTN these days. Skype federation in Lync Server 2013 is going to be huge. 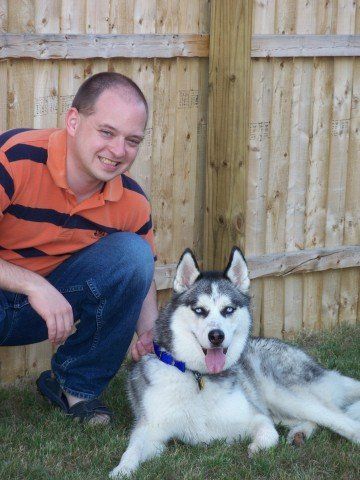 Dustin with his Siberian Husky.


That’s a difficult one, as some of the toughest problems can have the easiest answers. I’ve dealt with some tough certificate problems and Lync Phone Edition has definitely tripped me up a few times in the past. Luckily, there is a great community around Lync. If you find a problem, more than likely someone else has dealt with it.


I will admit I had one particular issue that really stumped me with a past customer. They had a Lync environment already deployed and asked me why they kept seeing Event IDs 41026 and 41024 on their Front End servers. The description stated “Lost Connection to all Web Conferencing Edge Services.”  The odd part was that no end users were complaining about problems. Needless to say, seeing these events every 2 or 3 minutes was not a good thing. After about an hour of troubleshooting ports, DNS, and so on, I decided to grab a trace (gotta love Snooper). Sure enough, the error showed up in the trace “Certificate did not match any of the supplied FQDNs.” After digging into the certificate configuration, I learned that the customer had both a root and subordinate CA. The internal interface on the edge had a certificate from the subordinate CA, while the Front End servers had a certificate from the root CA. The Front End servers had no knowledge of the chain for the certificate issued by the subordinate CA, thus didn’t trust it. I simply had to reissue the Front End server certificates from the subordinate CA, and all was well. Like I said, sometimes there are easy answers to tough problems.


Lync Server 2013 has just been announced. What feature are you most looking forward to?
I’ve been a huge fan of Persistent Chat (formerly Group Chat) since the Parlano acquisition. I’m excited to see this feature get a shiny new upgrade in Lync 2013. I think the new capabilities and integration into the standard Lync client will really increase adoption.


Given I’ve spent the last year with a lot of focus on replacing PBXs with Lync, I like to think I’ve become somewhat of an expert in this area.


Your blog, Dustin’s Tech Notes, always covers all the key news in Unified Communications. When did you start it and what direction has it taken?


I actually started blogging in 2005. Unfortunately, I went through a couple of blogging platforms and lost some of my older posts. Regarding content, I initially covered a broad range of technology topics, including SharePoint, System Center, Storage, and Virtualization. Over the past 5 years though, my primary focus has definitely shifted to UC.


Where are you from and what do you think makes your hometown/city great?
I currently reside in Dallas, TX.  I actually love living here, because it has big city convenience, with a lot of smaller surrounding towns. You get the best of both worlds.


Most of my friends, especially those on Facebook, know I love to cook.  I also own a very exercise-needy Siberian Husky. Visits to the dog park are a regular occurrence for me.


Thanks a lot for taking time out of your schedule to answer our questions, Dustin! We really appreciate you sharing your knowledge, expertise, the story of your career thus far, and most importantly your passion for Microsoft Lync within the community.


Make sure you come back next month for another Interview with a Lync Pro . If you have suggestions for interviewees, please leave them in the comments below.