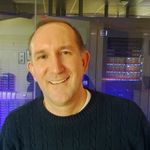 The other day I had a conversation with a customer’s IT, Security, and legal folks. During the conversation the customer, who was just starting their deployment of Office 365, stated that they were considering shutting OneDrive off until they had a chance to get their arms wrapped around the service and roll it out in a manner that would not compromise to security and compliance policies.

Now OneDrive is one of the staple services of Office 365 and shutting it done should never be undertaken lightly as there are a range of services that lean on OneDrive for full richness and capability. Having said that my advice was to NOT shut it down but rather quickly address the baseline concerns.

In this edition of Michael on the Go I discuss 3 simple steps (Lock-down, Educate, Iterate) to rolling out OneDrive for Business in a manner that should satisfy the stringent requirements while also delighting and enabling your employees with a rich experience that grows in a measured manner.