I have two computers, both running Win10 and the same version of Office. On one computer the format 'Accounting' on a cell is correct (the one circled in red), on the other it's wrong. It used to work fine in old versions of Office, but then a few years back something happened and now I'm really confused. Could it be a Windows setting rather than something in Office?

Another curious thing, if I choose $ instead of Danish kroner for formatting, it moves the symbol to the front as in the red circled picture??? 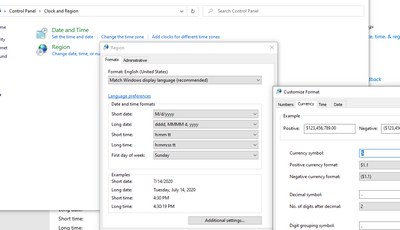 Sorry for the late reply (vacation), this helped me, thanks!
0 Likes
Reply