I finally started to get some traction documenting the shims provided in Windows - hopefully you like some of the changes Liz made in ACT 5.0.2 to add good documentation here. I've been talking about it all over the world, and there is still more to come. For internal folks, there are some new sessions I am cooking up for TechReady 6, and for external folks, you'll see the same thing at TechEd IT Forum 2008.

I sure did spend a lot of time on airplanes. I was all over the world, and I managed to reach elite status on 3 different airlines. 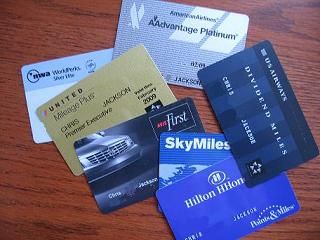 I forgot to toss my Marriott and Hilton cards on the pile when I took this picture. I actually ended up spending more nights in a Marriott than I did in any other location, including my house. If they had such a thing as a Double Platinum award, I would have gotten it.

I had a blast speaking at TechEd 2007 and TechEd IT Forum Europe 2007, not to mention two TechReady events. I ended up with some decent reviews, and a lot of constructive feedback on improving my speaking. I also learned that I'm likely to never end up being the top rated speaker at these tip tier events because Mark Russinovich keeps showing up to take that role. Curse you and your personal awesomeness, Mark! :-) 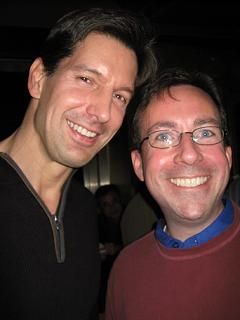 Obviously I'm kidding - I still attend every one of Mark's speeches I can to listen and learn. I sat in on a fantastic class with John Robbins , who promptly asked me what I was doing there, to which my response was that I wanted to learn to be at least as good at teaching people to debug as he is. I clearly still have a ways to go, so I'm still listening to everyone that I can.

I received my first Ship-It Award for ACT 5.0. Folks on product teams are probably saying "whatever, call me when you reach 50" but folks in the field are probably scratching their heads saying, "We can get those? How did you do that?" 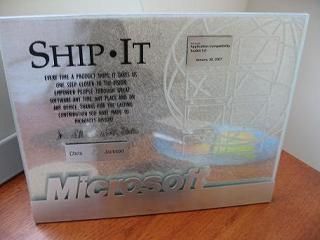 I had some great fun collaborating with my friend Aaron , who is definitely not a UI designer, although he writes better code than I do in pretty much every other regard. He's got some really exciting things cooking for 2008, and I am fortunate enough to be able to tag along for a few of them. Speaking of, I really need to get back to work on something...