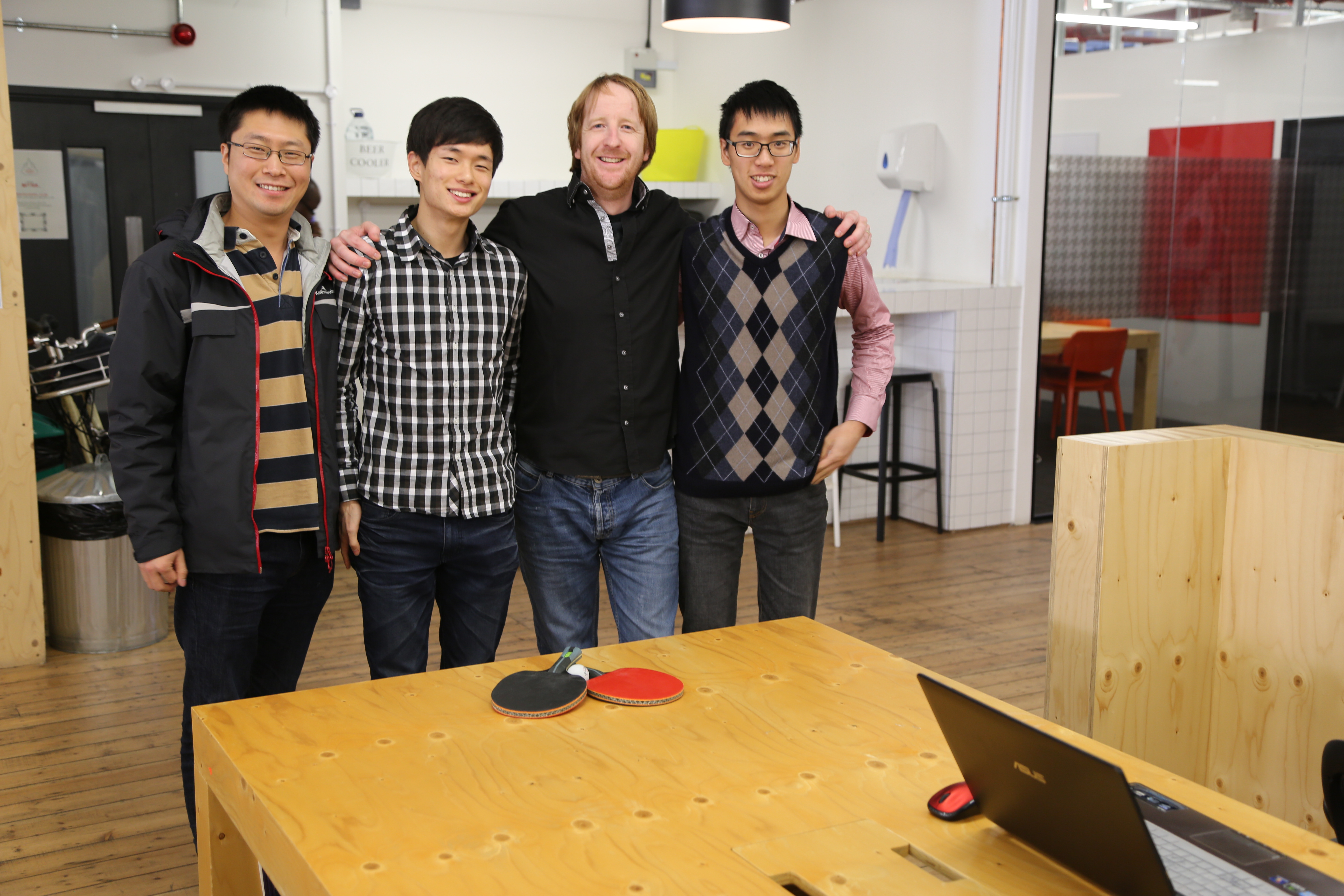 Last week, we highlighted Team Estimeet , the 2014 winners in the Imagine Cup’s Innovation category. They’ve spent the last few weeks in London at the Microsoft Ventures Accelerator, learning what it takes to transform their winning social app into a successful startup company.

Microsoft Ventures Accelerator in London offers a kind of crash-course in business for young, promising startups. In London alone, 40 different companies have graduated from the program. They’ve all benefited from meetings and sessions geared toward refining a business model, basic business accounting, pitching to investors, and deep dives into technical aspects, marketing strategies and legal advice.

The London Accelerator office, like a lot of tech companies, is a “pretty cool place to work,” laughs Hayden. Ping-Pong tables, open office floor plans, comfy lounge areas, and plenty of snacks give young entrepreneurs a small taste of what it’s like to work at a technology company.

Despite a rigorous schedule, Chris Duan, Hayden Do and Jason Wei are energized and excited about all they’ve learned so far. During the day, they attend meetings geared toward Estimeet’s specific needs.  They tour major technology companies like Microsoft and Google. In the evenings, they take advantage of fun workshops like “3D Printing” and go to networking events where they meet other startup founders in London. Jason jokes, “They aren’t kidding when they say you can get a free meal every night of the week.”

When we asked them what has been the most memorable experience so far, Chris says, “Sessions with Andy!” Andy McCartney is the CEO in Residence at Microsoft Ventures UK. An easy-to-talk-to fellow with an intimidating resume, Andy has founded several successful startups. One such company is JamPot Technologies. JamPot’s first product was TheAppBuilder.com, a platform that allows people to build their own apps and bypass the need for developers and huge app-development fees.

In deep dive sessions with Andy, Estimeet reexamines its business model – like maybe it could integrate its app’s functionality into an app that’s already in the market, instead of focusing on a public release. Pushing the app for business use isn’t something they had considered. Every startup wants to get customers, and this might just be a way to do it.

Andy also works with entrepreneurs to help them gain confidence. He teaches the team how to create and structure a pitch deck to show venture capitalists and angel investors and gives them presentation tips. Learning how to pitch an idea to potential investors is nearly as important as the idea behind the business.

Andy says that Chris, Hayden and Jason have all become much more confident since arriving a few weeks ago. “You can tell they’ve stopped thinking like students. Now they think, ‘This could actually be a company.”

Never did they think that one idea, born out of wanting to simplify meeting up with friends, could take them this far.

Next week, we’ll hear from team Estimeet about their last week at the London Accelerator. They’ll take a tour of Microsoft London Headquarters, chat with the CEO of another social startup, solidify a marketing strategy, and decide on next steps for Estimeet, the company.