Past Imagine Cup competitors: Where are they now?

Past Imagine Cup competitors: Where are they now?

Over the past 19 years of the Imagine Cup, we’ve seen student projects encompassing issues in healthcare, accessibility, education, gaming, sustainability, travel, recreation, and beyond. Student ideas are unique in the passion, creativity, and perspective they bring - not just in new ways to solve global problems, but also how to improve our society as a whole and create a brighter and more inclusive future for all. The Imagine Cup aims to give these ideas the foundation, resources, and mentorship to showcase them on a global stage.

Where do our teams go after competing? We caught up with some Imagine Cup alumni from the past few years to find out what they’ve been up to. 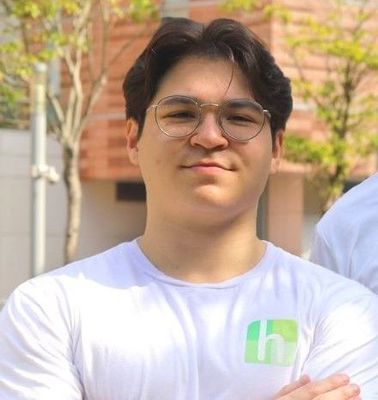 Since winning the trophy in 2020, Hollo has been hard at work expanding their business and growing their team. We chatted to Co-founder and CEO, Cameron van Breda, to see how Hollo’s grown across the past year. As a smart AI-powered preventative platform, Hollo’s app aims to improve individual mental health by integrating Machine Learning with suggestive diagnosis, therapy, and continual monitoring.

“{We’ve} been working on researching our AI technology further as well as growing our team and product. We've continued to work with local mental health NGOs and professionals to get the app and supporting web-app to be more polished over time.” Cameron shared the team’s 3 biggest achievements from 2020, which include: growing their team to a group of 10 (including data scientists, developers, psychologists, and interns), developing his personal management skills, and securing more business alliances for future projects.

The team also launched a new business under Hollo this year, Blossom, targeted towards enhancing women’s wellbeing. “Blossom was {our} way of testing how we can take the data we'll have on our users and give them more value and bring them closer together as a community. Our team thought this would be a great experience to bring impact to a space that is really important.  Blossom specifically targets helping {women} feel better…whilst building infrastructure as a social enterprise to bring impact to young women with workshops and community events around wellbeing in general.”

As part of their prize for winning the World Championship, the team also had the opportunity to meet with Microsoft CEO, Satya Nadella, earlier this year to receive mentorship and advice. The top takeaway for Hollo? “We took the chance to ask Satya for some feedback on a proposed research collaboration with the Microsoft Research departments that focus on AI. Our vision is to connect researchers from Microsoft, Hollo, and the University of Hong Kong, to create a breeding ground of innovation and application of AI for good. We felt like the values of Microsoft in using AI for increasing accessibility in Healthcare aligned with our goals, and so we opened the door for shared value creation.” 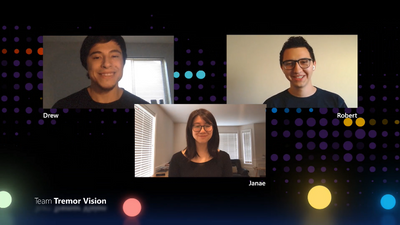 Tremor Vision is a web-based tool that uses Microsoft Azure Custom Vision to enable physicians to detect early onset Parkinson’s disease and quantitatively track patients’ progress throughout a prescribed treatment plan. After competing in the 2020 World Championship, Tremor Vision’s Janae Chan landed a Software Engineering role at Microsoft, and her Imagine Cup experience helped her stand out from the crowd. “It was a good conversation starter and a unique experience for me personally. I was very excited to talk about it. In reviews and recruiting fairs, I would talk about it with passion and kick off conversations that opened opportunities. It makes you memorable. We’re proud of this project and want to share.”

Janae shared that while the team are now all working in separate remote locations and it’s been challenging to grow Tremor Vision the way they wanted over the past year, they still get together virtually to collaborate. “It’s a chatty group, so we’re collaborative online, with lots of ideas flying back and forth. We’re hanging out but also working. We’re night owls and might end up on a long call working and chatting.” Despite the challenges of our current world, Janae has been most excited about the response that Tremor Vision received after competing. “It’s kind of wild. People are reaching out post–Imagine Cup to ask to try Tremor Vision or to help with development. We’ve heard from people with Parkinson’s. We’ve had people from Microsoft reach out internally to team members. We’ve heard from lots of people with family and friends who have Parkinson’s. We had a platform to share and wanted to reach out.”

The team have continued to dig deeper to uncover more ways to make their project beneficial for users: “In further development, we’ve been doing user research and asking people with Parkinson’s what challenges they face, and learning what challenges other people face in taking care of someone with Parkinson’s. It’s a community collaboration effort to reach people. It’s impactful and worthwhile.” Ultimately, the team would like to reach clinical trials with their project to support more Parkinson’s patients.

Other highlights from past competitors

For their 2019 Imagine Cup project, Finderr created an Artificial Intelligence app solution to help visually impaired individuals find lost objects through their phones. Since competing, Finderr has continued working on their project, added new members to their team, and recently launched their iOS app in the App Store.

2018 World Finalists iCry2Talk have also continued to work on their app to translate a baby’s cry, making it available to download and giving numerous presentations since competing, including a TEDXAUTH talk. 2018 World Champions, team smartARM, had the opportunity to share their Machine Learning powered robotic prosthetic hand with Canadian Prime Minister Justin Trudeau.

2016 competitor Petros Psyllos is recognized by American and Polish Forbes in the top 30 brightest young inventors under 30 in Poland. He’s received over 17 main awards at national and international level in the field of invention, and also won a Microsoft Research Special Award.

These are just a few examples out of hundreds of other competitors who continue to innovate, inspire, and impact every day. We’re so glad the Imagine Cup was a part of their journey to make a difference with tech.

Advice for the next Imagine Cup World Champion

Our 2021 World Finalists are currently refining their project pitches for the chance to move forward in the competition. Looking for some preparation advice? Take a World Champion’s top 3 tips from Hollo:

Follow the journey of this year’s World Finalists to see who’ll move forward to compete for USD75,000 and mentorship with Microsoft CEO, Satya Nadella. Who will take home the trophy? Stay tuned on Instagram and Twitter.