Master Azure today – even if you are new to coding!

Master Azure today – even if you are new to coding! 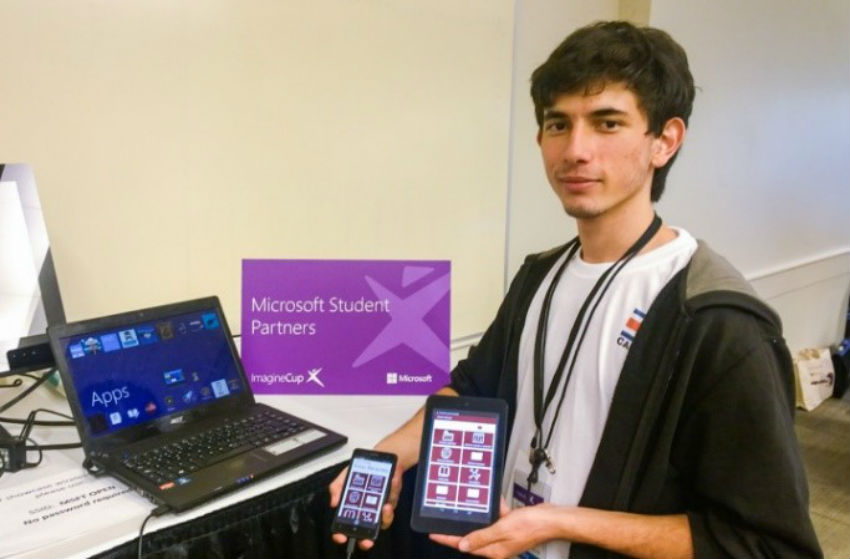 Carlos presents his apps at the Microsoft Student Partner Summit, 2015.


Picture a five-year-old boy from Costa Rica. He’s curious and bright. One day, while hanging out with his mom at work, he gets bored. He spots a new machine in the store where his mom works and wanders over to investigate…his first-ever glimpse of a computer.

Carlos Gabriel Castro , Microsoft Student Partner Lead in Costa Rica, didn’t know it then, but he was looking into his own future.

From that day on, he was hooked. Day in and day out he would sit at his mom’s computer and entertain himself playing games. Carlos says, “My favorite game was Tarzan. What I really loved about it was that throughout history, Tarzan himself grew and evolved. He first appeared as a child and finally grew into a man.”

This concept of personal evolution and learning still inspires Carlos, now 20. This love of gaming that started with Tarzan kept him interested in technology throughout his whole childhood and teenage years. But it wasn’t until college that he found a new passion. Teaching students how to code.

It’s one thing to learn to code; it’s entirely different level of achievement when a student is good enough to be the teacher. And in just three short years (and entirely new to the concept!) Carlos taught himself computer programming through resources like Microsoft Virtual Academy (he recommends C# Fundamentals for Absolute Beginners ) and various and sundry tech blogs.

Carlos didn’t stop there. He enrolled in college and declared a double major in Computer Science and Business Computing. He has published more than 35 apps in the Windows Store and a few on the Android and iOS platforms. Carlos is working on his super-secret next app right now, soon to be released. 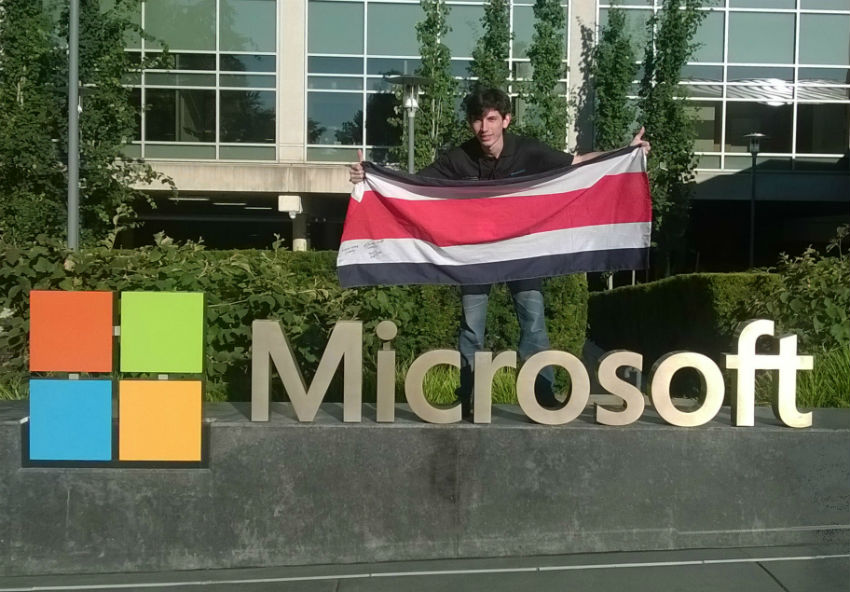 Carlos’ interest – first sparked by computer games – has evolved into a career path. In short, if his life were the Tarzan game he played as a boy, he’d be the mature Tarzan man with a loincloth full of coins and 1,000 extra lives.

Though Carlos will always be a self-professed PC gamer (he loves games like “World of Warcraft,” “StarCraft” and “League of Legends”), he is quick to say, “I’d rather be coding than playing any day. And then I’d go talk to someone about it.”

And that’s exactly why Carlos became a Microsoft Student Partner (MSP) and today proudly leads the Costa Rican team – to spread the good news of technology.

Carlos describes his first MSP activity this way: “I assisted the MSPs from Bolivia in giving an introductory session on Azure. It was the opportunity to share my knowledge with people from outside of my country. It filled me with great satisfaction.” After the first taste of teaching, Carlos wanted more.

Carlos’ schedule is filled to the brim with MSP activities. With the help of the technology evangelization team at Microsoft in Costa Rica, Carlos and his fellow MSPs organize all kinds of coding events, K-12 Kodu sessions, Azure and DreamSpark events. 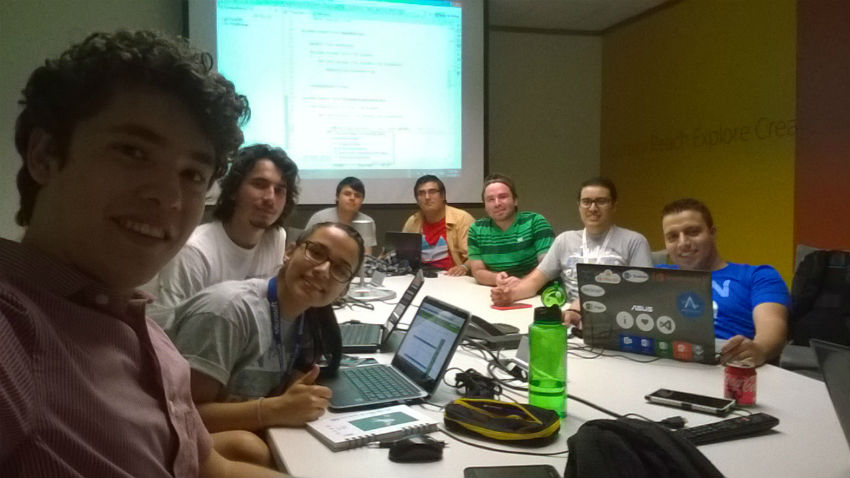 
Plus, Carlos gets to learn the latest technology. He says, “When I joined the MSP program, I didn’t even know how to use Skype for Business. Now, I have developed apps on several platforms using Microsoft Azure and some features in DevOps.” 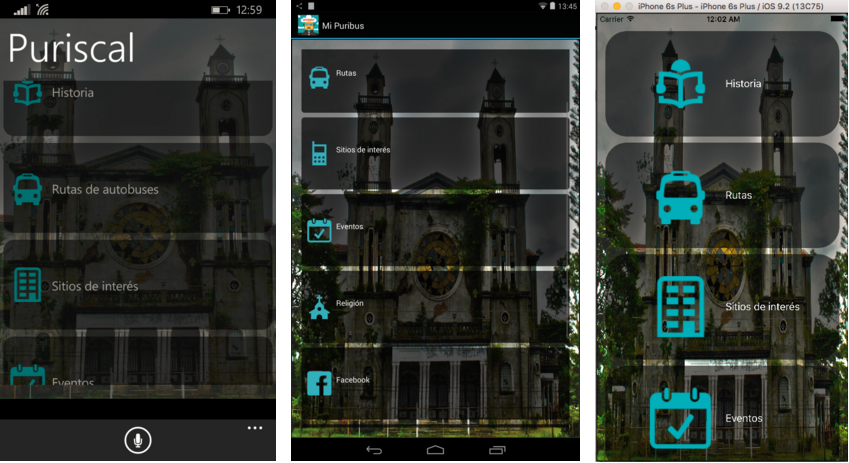 
Inspired by blogs that taught him how to use technologies such as Microsoft Azure, Carlos now writes his own tech blog called sir-rover.com . He’s also got a lot of good ideas about how students could use Azure.

Without hesitation, Carlos declares that his dream job is working for Microsoft as a developer. “I’d like to be part of the team that focuses on C# interoperability with Android, since it’s my strength.” 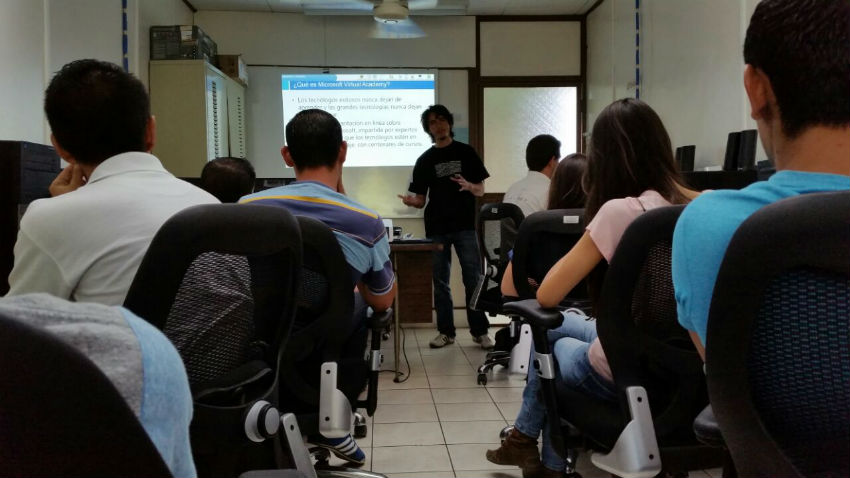 
Carlos makes a convincing argument about why young coders should learn Azure. “Microsoft Azure is one of the most important platforms in existence today. More than 50 percent of top corporations use Azure . If these companies are using it, why not us too? Cloud computing represents a new business and technical paradigm. For us technologists, the learning curve is tough, but is possible through perseverance and dedication.”

And don’t forget about tools! Tools like the Microsoft Azure student offer . Activate your offer today and start coding for the cloud.

Imagine how learning the skill of coding could change your life. Maybe it’s the turning point you never saw coming, just like Carlos. Maybe it’s the direction in which you are already headed, but you’re ready to take the next step.

No matter what your level of skill or interest may be, you can learn to code ! And there’s never been a better time than now.
0 Likes
Like