Editions on which DFS Replication ships 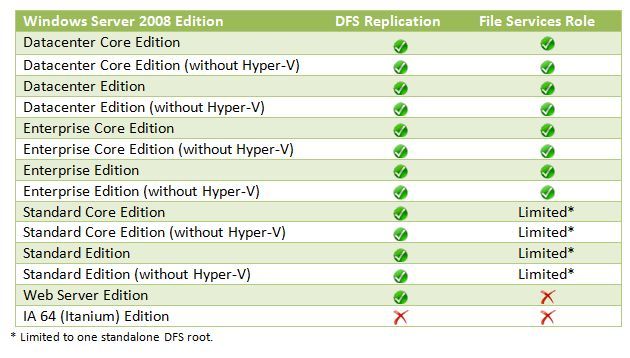 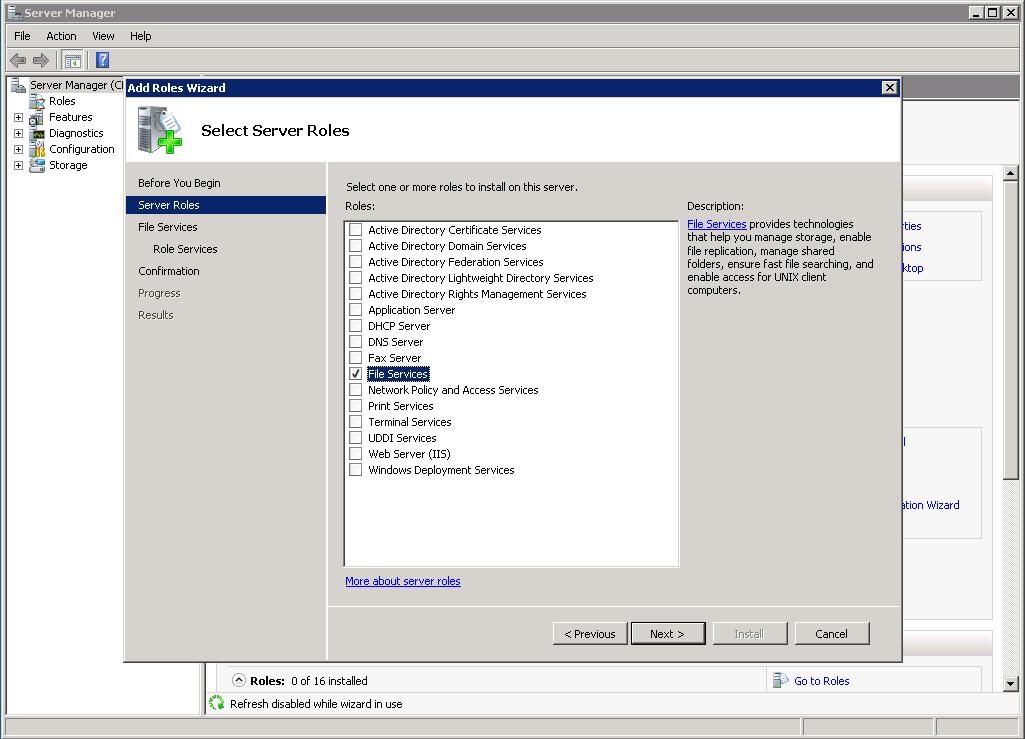 In the dialog that follows, the Role Services that can be installed as part of the ‘File Services’ role are displayed. Select ‘DFS Replication’ from this list and follow the on screen instructions to install the DFS Replication service on the server. 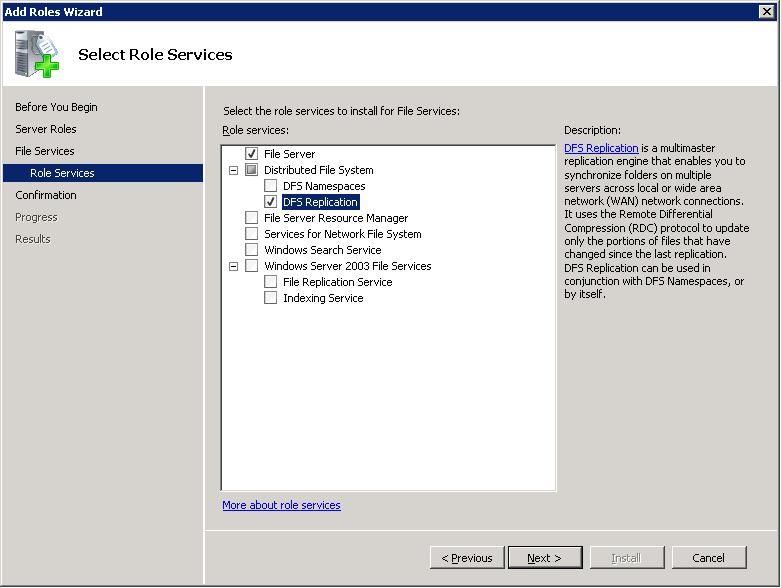 
On Windows Server 2008 web edition and on Server Core installations, the DFS Replication service cannot be installed using the Server Manager, either because the Server Manager UI is not available (eg. Server Core Editions) or because the File Services role that exposes ‘DFS Replication’ as an available role service is not available (eg. Web Edition). In such cases, the command prompt can be used to install the DFS Replication service. This can be done by typing the following command in a command window.


Another option is to use the Server Manager command line utility called ServerManagerCmd.exe. This utility can be used to install roles from the command prompt. More information about this utility can be obtained here . For example, the DFS Replication service can be installed using the following command:


The DFS Management Console (dfsmgmt.msc) is an MMC snap-in which can be used to configure DFS Replication. This snap-in is installed as part of the ‘Remote Server Administration Tools’ feature on Windows Server 2008. This feature can be installed using Server Manager by selecting ‘Add Features’ and then choosing ‘Remote Server Administration Tools’ in the list of available features. It is possible to install either the entire feature or expand the list of available administration Tools and specify the option ‘Distributed File System Tools’ so as to install only the DFS Management Console. 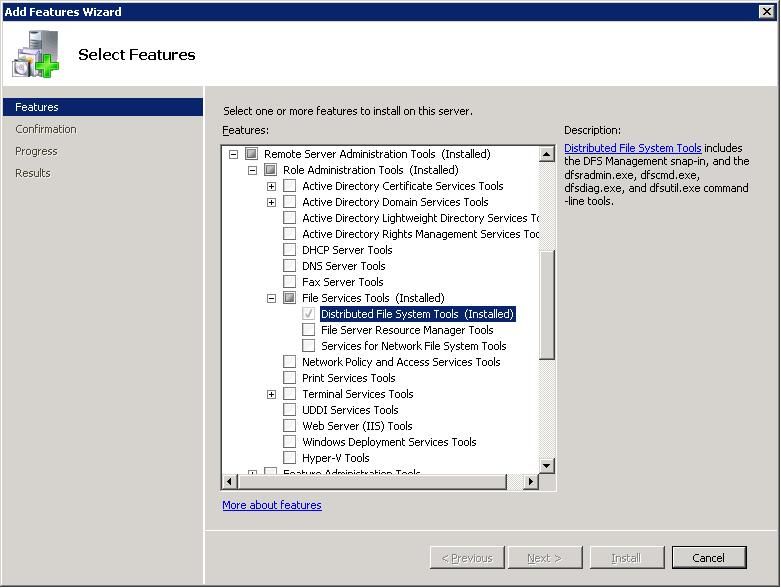 This feature can also be installed from the command line using ServerManagerCmd.exe by specifying:


In order to install only the DFS Management Console, the following command can be executed.