Discover all our latest features on iOS – Siri shortcuts, share extension and more 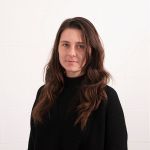 Discover all our latest features on iOS – Siri shortcuts, share extension and more

Our Apple team have been hard at work in the past few months, bringing out lots of great new features, from Siri shortcuts, to the much-requested share extension. Let’s dive into everything that’s been released recently.

Not familiar with Siri Shortcuts? We’ll give you a quick rundown. Siri Shortcuts are designed to take the normal actions you use in various apps and allow you to add them to Siri. Through the Shortcuts app you can also run a variety of automations, such as “open a list when I get to a particular location”.

Interested? Let’s get you set up. Head to your To Do settings on iOS13 and you’ll notice a new addition—Siri Shortcuts. From here you can set up a Siri shortcut to let you add a task to a particular list or to open a list. You can set up a number of shortcuts that link to different lists.

Add a task via Siri

You can create different phrases for different lists and tasks e.g. “Open My Day”, or “Add Work Task”.

Once you’ve created these shortcuts, read on to see what else you can do with them.

Add your Shortcut to your Home Screen or Widget

It’s time to experiment with locations, and more.

In the Shortcuts app you can start to play with linking different apps together. Or go to the Automation tab and create a Personal automation. Here you could choose to Open My Day when your alarm is stopped, or when you arrive at work, 15 minutes before you commute home you could be reminded to open your Groceries list.

Try adding a shortcut to open your Groceries list when you get to the supermarket:

Phew, that’s enough about Shortcuts. Set up a cool To Do shortcut? Let us know. On to the share extension.

As you browse the internet or look for a location in Maps, you might spot something that you want to save for later reference. Hit the share button and you’ll find To Do as an option, tap on it and you can choose which list you want to save it to. And, that’s it. Pretty simple, right?

Watch videos in To Do

So, you’ve added those links, now what? Head to the task and you’ll see that we’ve added a Preview to your links (you can turn these off in Settings). If it’s a video link, then hit the play button and you can watch it straight from To Do.

That’s it from us for the latest releases. We also brought out drag and drop, and dark mode recently so check here for more details on those.  Want to hear about all the cool stuff on our other platforms? We’ll give you a rundown in the new year, so stay tuned.