We are excited to introduce this week’s Friday Feature— @Adnan Rafique! Adnan is a Collaboration Architect at KPMG and has started two user groups and is the owner of a blog, Exchange IT Pro. Adnan was awarded with his first MVP Award for Office Servers and Services in 2017! 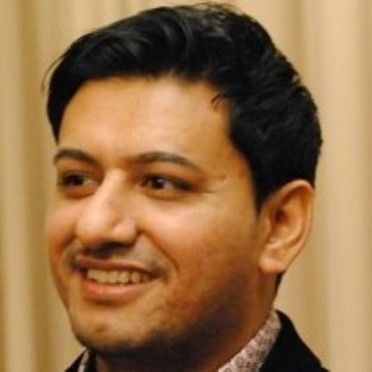 Tell us a little bit about who you work for, your role in the organization, and if your organization has transitioned to the cloud.

After many years in the IT industry I can say that technology is all about helping the business.  It is about finding the right solutions and making end user experience better.  When I started my professional career, my very first full time job was about managing a network of approximately a hundred workstations running Windows 2000 professional and Windows server 2000. I was also responsible for managing the network which led me toward CCNA certification. That era was all about infrastructure deployment, and I was pretty much into infrastructure.  Fast forward to today, it is focused on mobile computing, mobile apps and building social platform for communication and collaboration.

In 2012, you took on an “Architect” role. This seems to be a relatively new role to IT Organizations. Can you talk a little bit about what it means to be an architect and the driving force for creating such a role?

I love IT Architecture and Design because it involves working with business in general. In this role, I can work directly with the end-customer and at other times I can work with different teams to understand their business needs. My career moved into an architect and design role back in 2012 when I started working for CenturyLink.  Initially for the first few months it was an engineering job and as time passed it became more of an architect and design job role - I got involved into these projects which I think was a big opportunity.   The fun part was getting on call with customers, the direct interaction with the customers, but at the same time it was challenging too.

Can you tell us a bit about your current role and how you got to this point?

I currently work at KPMG as Collaboration Architect where Messaging/Exchange is my core expertise but not limited to SharePoint and Office 365.  From a learning perspective, it was very difficult when I started back in early 2000.  There were no labs or virtual labs available, hardware was expensive so were the books. In the last few years I have become sure that Exchange Server was the area where I want to grow my career so I started making the list of 'things to do'. Though I was supporting an Exchange 2007 environment at my employer it was not very common to setup a PoC environment and didn't have the opportunity to try new things in a hands on approach. I was so limited and was very desperate to try out in things and new feature in Exchange server. So, one day I wrote down what hardware I needed to setup my own Exchange 2007 cluster. I bought a HP DL380 server with 32 GB RAM, installed Hyper-V (windows server 2008) and setup my Exchange 2007 CCR Cluster. And that was another super exciting day for me. That particular lab played a big role in my career.

By now you must have figured out that I'm a self-taught person but at the same time I do not hesitate to ask for help. In the last two years, I've invested much of my time studying for Microsoft certifications and taken all available certifications in Microsoft Messaging and Office 365, i.e.  Chartered MCSE Messaging 2016, MCSE Messaging 2013, MCITP Ent. Admin 2010, MCITP, MCTS, MCSA Office 365 and MCT. These days my labs are both on-prem and in the Azure cloud.

You seem very invested in sharing back with the community. What role have these IT communities played in your career success?

When it comes to sharing of knowledge, the best way I contribute to community is via my blog. I started my very first user group back in 2006 in Dubai, it was called "TechiesOnly".  I started it on my own and it grew to 400 registered members.  It was a huge success given the small size of the market and awareness of technology in that region at the time. I've invited many speakers at my user group 'Techies Only' and conducted a series of PowerShell session for Exchange Server 2007, and some Windows and Office related sessions. I've also participated with MS GULF and Penton Media during the launch of Office 2007 launch and Exchange Server 2007 launch. My Techies Only user group website was also awarded 3rd position as the best website by UAW Website Award Team in 2007. I've also been awarded as best speaker award from IEEE-UAE for a topic on Internet Security. I've been involved in community program from British Computer Society in Abu Dhabi and promoted to a Chartered Member of BCS. And for all that community work NPA awarded me 'Top of the Mark Volunteer Award' (http://www.awardsforprofessionalism.org/Rafik.html). Most recently I've started speaking at user group meetings again and when I have time I contribute on MS TechNet forums, the Microsoft Tech Community and publishing videos on YouTube.

What’s one piece of advice you would want to share with those just starting in or new to IT?

My career advice to others is to do what you love doing it and be consistent. What I mean by is that, find your passion in your work, look for a career and not for the job. It is very important especially when you are starting your career. You want to achieve that day in your life when you get up in the morning and have to work, to you it doesn't feel like going to work, rather it is your lifestyle.

Interested in other profiles?  Read our other Cloud Careers features here.