First published on MSDN on Aug 16, 2016
If you are upgrading your SSIS packages to SSDT on Visual Studio 2015, you may not notice the TargetServerVersion project property that is new. There may be some odd side effects due to this, so I wanted to present awareness of this new feature. Please note that the sample below is just showing one particular use case where this new property, if unknown, can cause some confusion.

After installing the latest version of SSDT, I was creating a data flow task to load data into a Parallel Data Warehouse environment. The nuance in this use case is that it requires special SSIS Destination adapters that work with SQL 2012 or SQL 2014 SSIS packages. I had downloaded and installed the destination adapter to my workstation after installing the VS2015 version of SSDT. What I noticed was that the "SQL Server PDW Destination Adapter" did not exist in my list of destinations even though it was installed in my system. 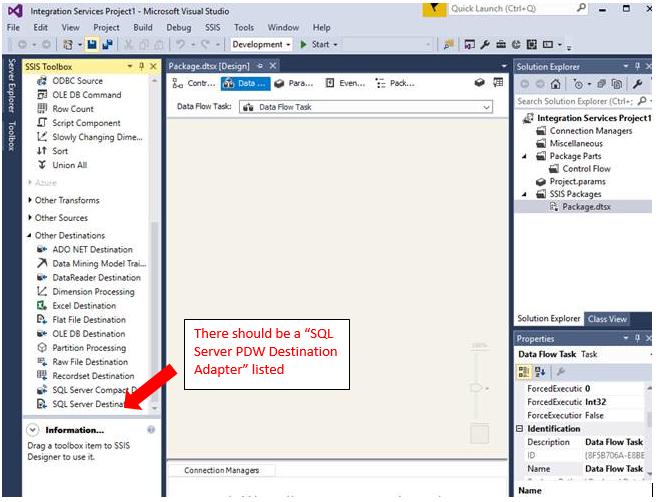 This is due to the fact that the Target Server Version defaults to SQL Server 2016, and the destination adapter I installed is specific to SQL 2014 only.

Target version is listed as SQL 2016

Now open the Data Flow Task back up and look at the toolbox: TADA my destination adapter is now there! 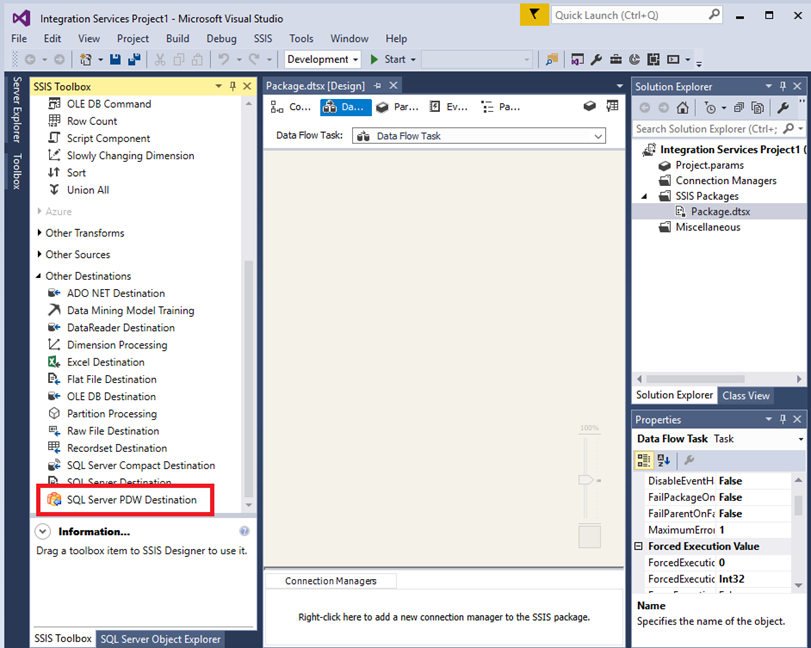 This is an example using a custom destination adapter, but this can also affect you if you create a project with the default Target Server Version and try to deploy the project to a SQL 2014 SSIS Catalog. There has been a lot of confusion with various versions of SSDT and the SQL Server versions that it can support, so this new project property will help make that more clear. If you are not aware of it, though, it can cause some confusion too.