How To: Create an SFTP Connection via ARM call

Currently, the SFTP connector in Logic Apps has been deprecated in the Designer, so its trigger and actions cannot be selected from the connectors list.

It is still supported in run time, however, so existing Logic Apps using the SFTP connector have not been affected.

Below are the steps to do so.

1. Open any Logic App in your browser to collect the Bearer token. 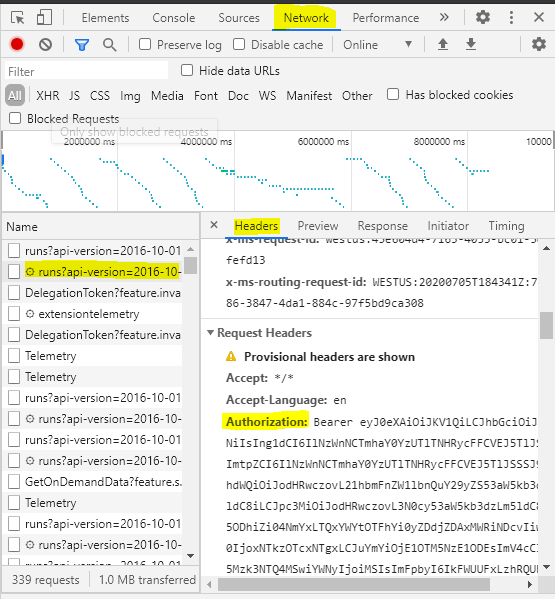 2. Use Postman to create an ARM call to creating a connection to the SFTP connector. 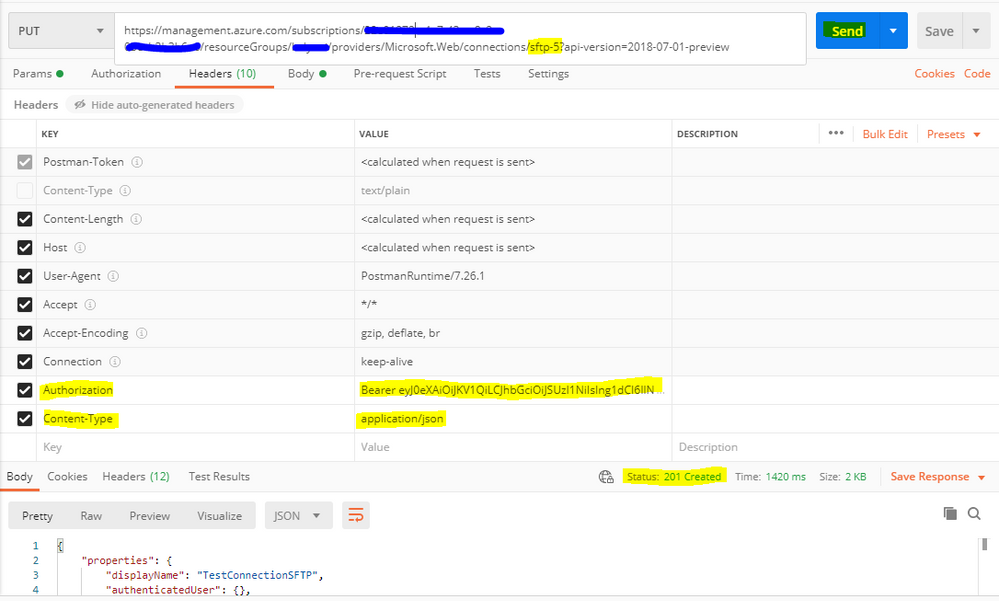 In case you get the following ExpiredAuthenticationToken error, just repeat Step 1 and get a new Bearer token.

3. Verify the API Connection exists in your Resource Group

Navigate to your Subscription ID / Resource Group, and check that an API Connection named, <connectionid>, which you put in the URL, exists. In this example, it is called "sftp-5".

You can edit the API Connection settings as you would any other connector. 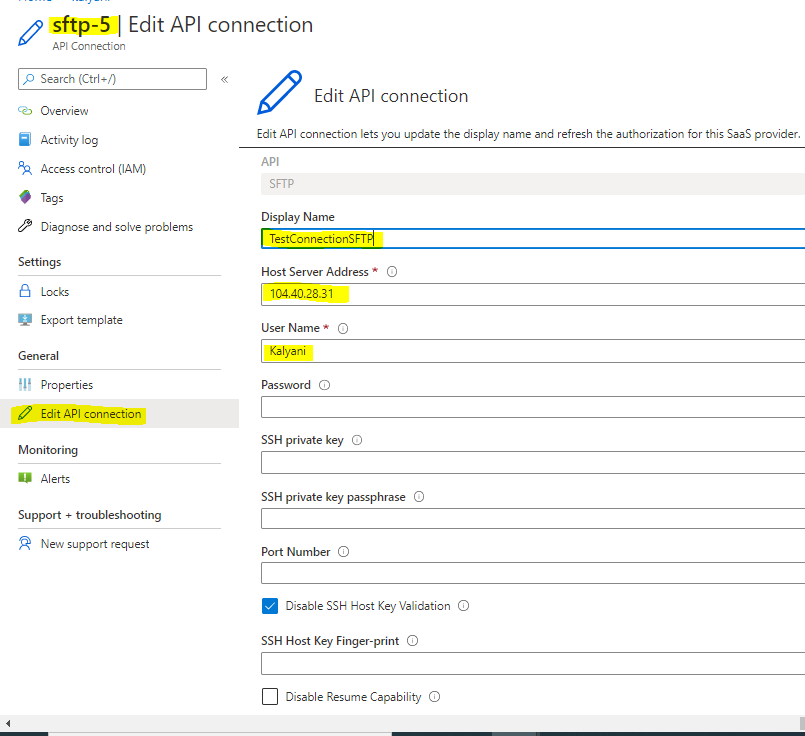 4. Connect to SFTP in the Logic App

The original limitations of the SFTP Connector exist, for example: