I think this is an easy-to-reproduce bug with frequency() function in Excel. Please also look at the screenshot at the end.

As the Dellef_Lewin confirmed in his response below towards the end, this seems to be the issue of floating point numbers. The problem is that even the long-format display mechanism to display more decimals via format->number->decimal places is not correct. So the only way is that we must go to the underlying XML files and verify the numbers explicitly.

In summary, this is not the infamous fundamental precision problems with floating point numbers. This is the problem with the design inconsistency among EXCEL's basic functions: IF(), SORT(), RANK() and in the latest, the FREQUENCY() in terms of the number of decimal digits that are handled accurately. For example, IF() and its family handle 15 decimal digits only, where as FREQUENCY and others handle 17 decimal digits. So when IF says two numbers are equal, SORT() or FREQUENCY() may give opposite & surprising results.

I have already anticipated the error with the floating point numbers & their accuracy in this post, and I think that it is not the case here. When I displayed the numbers with 30 decimal digits precision on excel itself, I see that the numbers are equal. Note that eventhough IF() comparison confirms the same when compared, the IF() is known to have issues by itself).

Create the bins in another column using the following steps:

First of all, note that a non-extreme bin is formed with elements X such that low < X <= high.

Now can someone kindly explain where the problem is?

My intention is to generate a neat histogram by myself after this basic use of frequency() function to generate the values on x-axis and y-axis.

The numbers, when calculated using the mathematically identical formula (=A1+0.1 etc.) are different from the same result I type them explicitly! 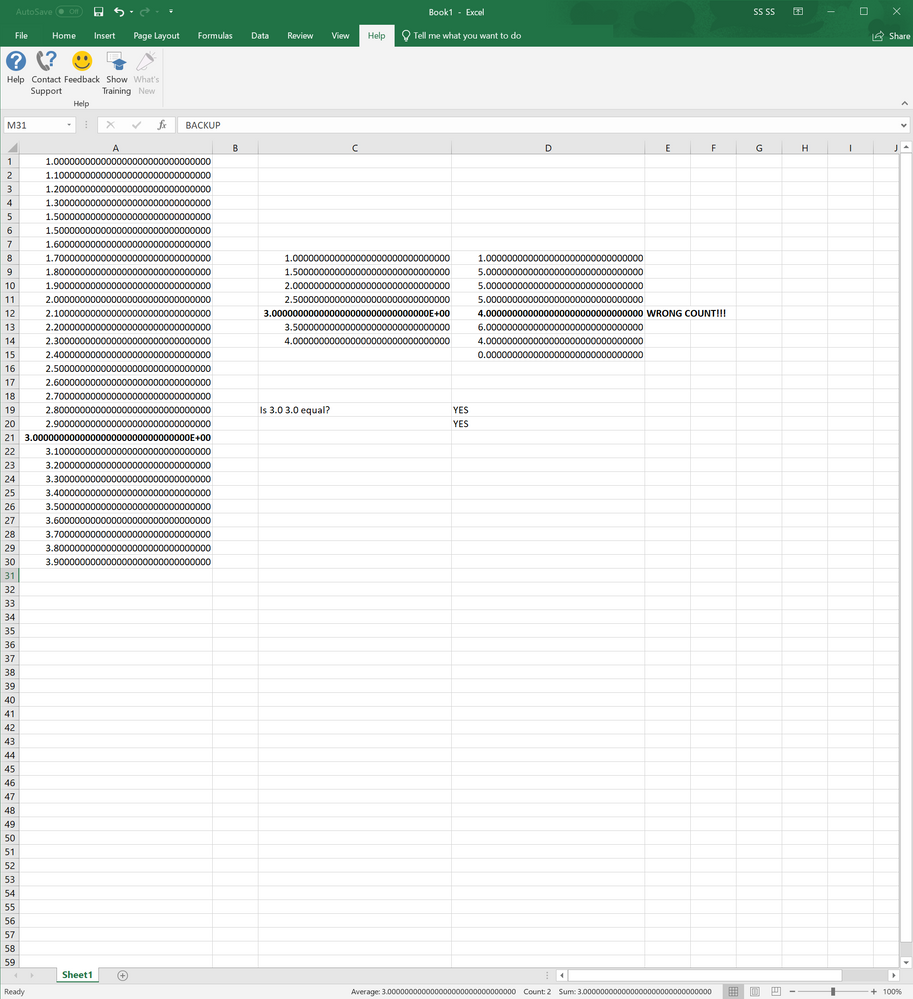 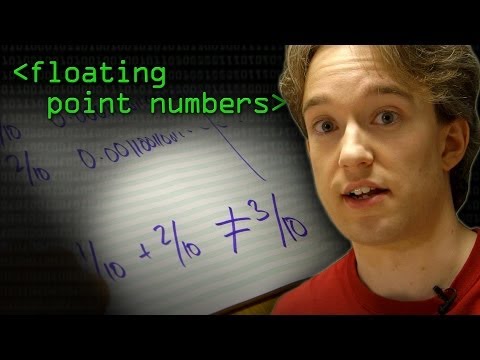 Floating Point Numbers - Computerphile
youtube.com/watch?v=PZRI1IfStY0
Why can't floating point do money? It's a brilliant solution for speed of calculations in the computer, but how and why does moving the decimal point (well, ...
1 Like
Reply

That's floating point error, but it's not clear, at least for me, why in FREQUENCY. Equivalent formulas like

etc., all return correct result on this sample, and only FREQUENCY is affected.

The reason for this could be how the numbers are processed in the different functions.

At least COUNTIFS() is known to cut numbers after 15 decimal places.

Ah, found something in my archive:

Calc Bug Due to 17 Digits of Precision

Thanks to MrExcel for solving the case.

Is this a floating point error really? because when I checked numbers displayed in 30 precision digits, it shows correctly!

Probably looking at the underlying XML files is the only way.

Thanks to @Detlef_Lewin for confirming. I can consider the alternative workarounds that use 15 digits only.

When I save the workbook and look into the XML data I see numbers like this:

Detlef, thank you for the links (and Bill with Jan Karel for the investigation and explanation of the issue), I had no idea about this before. Here https://sfmagazine.com/post-entry/august-2017-excel-rank-countif-and-floating-point-errors/ is bit more in conclusion part.

In general, using of different precision for SORT, RANK and FREQUENCY is kind of design bug. As well as considering 1900 as leap year and wrong using of negation with exponentiation http://mathforum.org/library/drmath/view/69058.html

@HarishVangala   wrote: ``the only way is that we must go to the underlying XML files and verify the numbers``.

Actually, no.  We can verify the differences directly in Excel.

The #N/A errors demonstrate that the internal binary values starting in A3 are not the same as the decimal representations, which Excel arbitrarily limits to 15 significant digits (rounded).

Moreover, you can calculate the difference by entering formulas of the form

Numbers of the form 2.22E-16 are the approximate difference between internal binary values and their decimal representation that is limited to 15 significant digits.

(Caveat:  Formulas of the form =A1-(A1&"") do not always show the infinitesimal difference, due to a dubious "trick" that Excel applies inconsistently hide the differences.)

@HarishVangala  wrote: ``this is not the infamous fundamental precision problems with floating point numbers. This is the problem with the design inconsistency among EXCEL's basic functions``

@HarishVangala   wrote:  ``For example, IF() and its family handle 15 decimal digits only, where as FREQUENCY and others handle 17 decimal digits``

It is true that Excel stores up to 17-digit precision in XML.  But the 17-digit decimal representations are still just approximations.

The IEEE 794 standard specifies that 17 significant decimal digits are necessary and sufficient to convert between the 64-bit binary floating-point and the decimal representation with no loss of precision.

Nevertheless, Excel stores the exact binary value into memory when the application is running.

Inside Excel: Insert Data with Picture