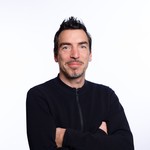 First published on MSDN on Jun 14, 2018
You have now a PC and a Windows Mixed Reality Headset, we can talk about the technology :man_technologist:! A Mixed Reality app uses the Windows SDK APIs. Two choices are offered.

The first one is to use these APIs directly coding in C++; In this case, we are really close to the metal and so with the maximum performances, but we have to code everything: 3D engine, controller handling, etc. It is not the fastest way to develop an application, but some scenarios need this way of programing.

The second option is to leverage a Video game middle tier like Unity 3D. We are then able to create 3D scenes, lights, cameras, FX and script interactions with C# code.

Let’s start using Unity 3D. Here are the recommended versions to use:

- :wrench: Unity3D 2017.2.1p2 (This version is the most stable actually for the Mixed Reality platform). Be sure to have the Windows Store .NET Scripting Backend component checked during the installation. 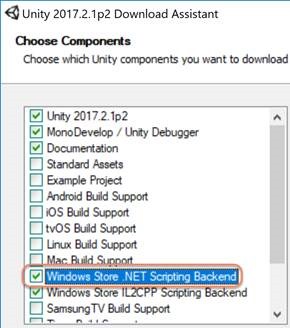 - :hammer_and_wrench: Visual Studio 2017 Version 15.5 or above. In the Visual Studio Installer, verify that you selected the following components: Windows 10 SDK 10.0.16299 and Visual Studio Tools for Unity . 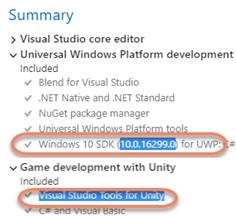 
:laptop_computer: The hardware configuration
:hammer_and_wrench: The technology and the tools ⬅ We are here
:man_technologist: The Unity project
✏ A simple example