Create a Windows Mixed Reality App from 0 - The hardware configuration

First published on MSDN on Jun 14, 2018
So, since October 2017 with the Fall Creators Update, Windows allows execution of native VR apps known as "Windows Mixed Reality" apps. Which hardware do we need? If you have already a PC, the simplest is to test the compatibility using the Store app named Windows Mixed Reality PC Check . 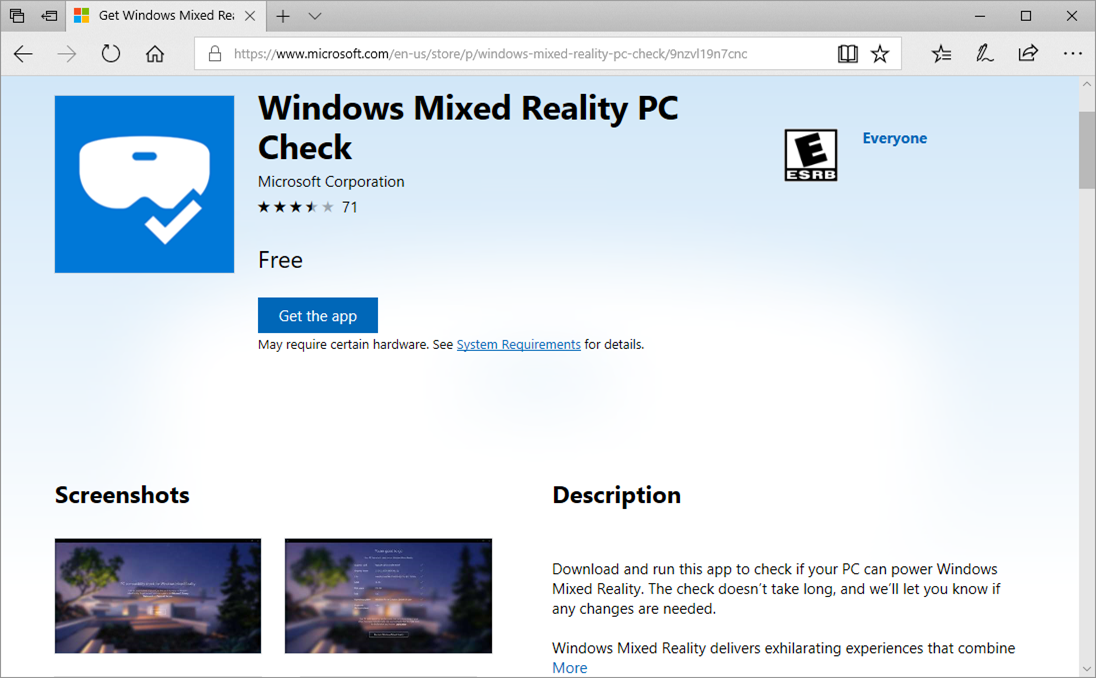 This app does its job: One button (I agree) :smiling_face_with_smiling_eyes: and some seconds later, we get the compatibility results. 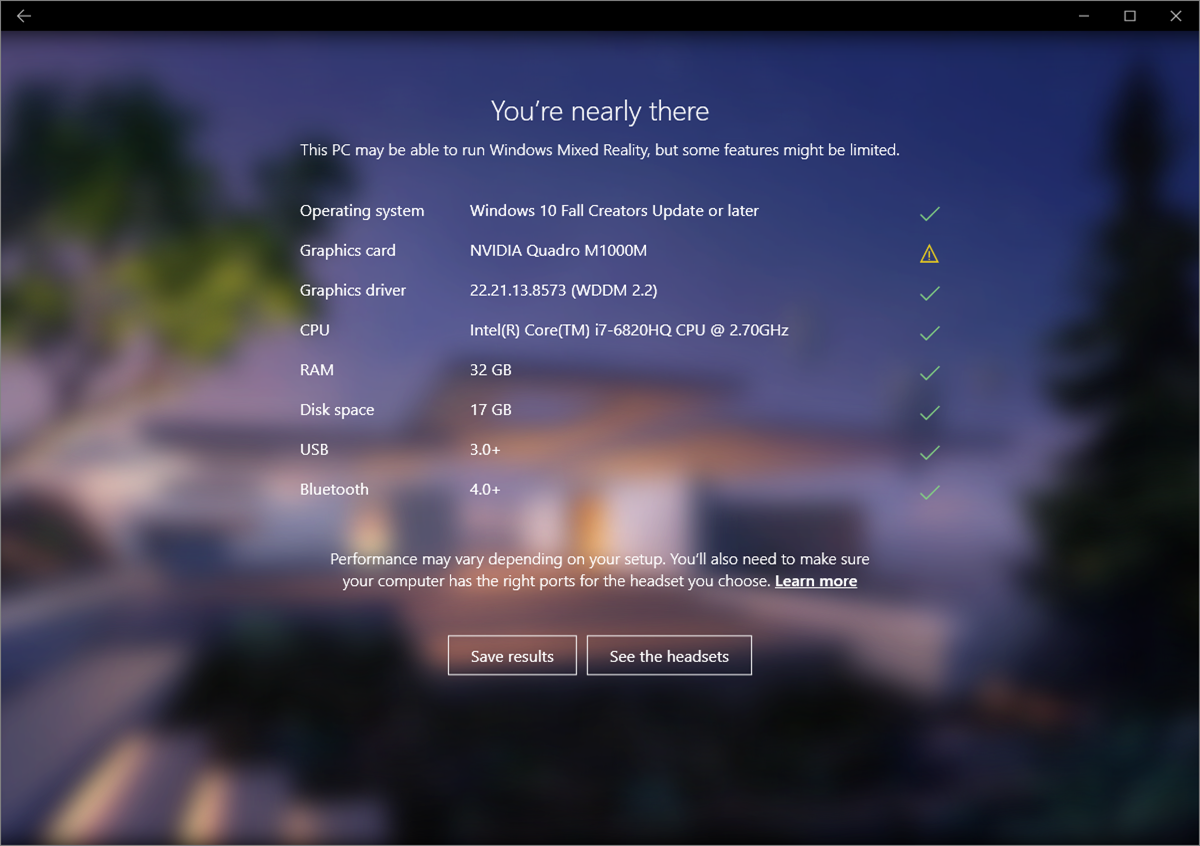 If you do not have a compatible PC or if you would like to buy one, here are the details of the minimal configuration:


To get all details of the minimal and optimal configurations, refer to this page https://docs.microsoft.com/en-us/windows/mixed-reality/enthusiast-guide/windows-mixed-reality-mi...

With a compatible PC, you need a Windows Mixed Reality headset. You can buy one in a shop near you or purchase on the Microsoft Store - https://store.microsoft.com/ . The availability of the headsets depends on the region. The trademarks are ACER, ASUS, DELL, HP, LENOVO and SANSUNG (Except Europe). All are provided with controllers and share the same technical specifications except the SANSUNG. Is it up to you to see which is the most confortable, or decide based on the price.


:laptop_computer: The hardware configuration ⬅ We are here
:hammer_and_wrench: The technology and the tools
:man_technologist: The Unity project
✏ A simple example