Like many others I've been having lots of sign in difficulties with Microsoft Teams (issues of infinite loops when trying to sign in, generic error messages when attempting to load, etc.). I've been able to resolve those issues (not sure how though) but now I'm having a new problem.

While signed into teams, the program opens a pop-up window asking me to sign in again, while I'm still signed in. Basically ,I see my signed-in Teams in one window, and another pops up on top of it asking me to sign in. If I close this pop up window, it will pop up again, but if I keep closing it when it pops up, after about 3-5 times, it stops popping up again and I can use Teams normally. But then after about 30 minutes or so the popup appears again. I've attached a screenshot of what it looks like when this popup appears. As you can see, my signed in teams is still visible in the background of the login prompt.

Quitting Teams and restarting the program (or restarting windows) causes the same issue to occur again. Logging out of Teams, deleting the cache and uninstalling and re-installing the program results in a return of the sign in issues that so many others have (where I sign in, enter my 2FA code, then it returns to my password screen again, setting off an infinite loop of signing in and over and over again; OR, when I sign in it just stays stuck on a loading screen forever). Eventually through some number of continued re-installs and cache deletes I can sign in successfully, but then this weird annoying pop-up problem I described re-occurs.

If you are using Windows 10, could you try to remove your credentials from Credential Manager. To do so:

I am having the exact same issue. And I have tried to fix it just the same as you recommended, and as my colleague @ScottShorkey described: reinstallation, password changes, nothing... not even with the help of my company's IT team. They have deleted all my saved passwords in Credential Manager as well, just like you described. Issue seemed to have disappeared, but once computer locked up during lunchtime, when I came back, the issue came back too. The login screen keeps popping up all the time...

I clicked on Azure Multi Factor Authentication link that appears below the username and password request, and got the attached error message.

It is more than annoying, it is blocking me from using Teams.

Do you have any other idea of what's causing this? 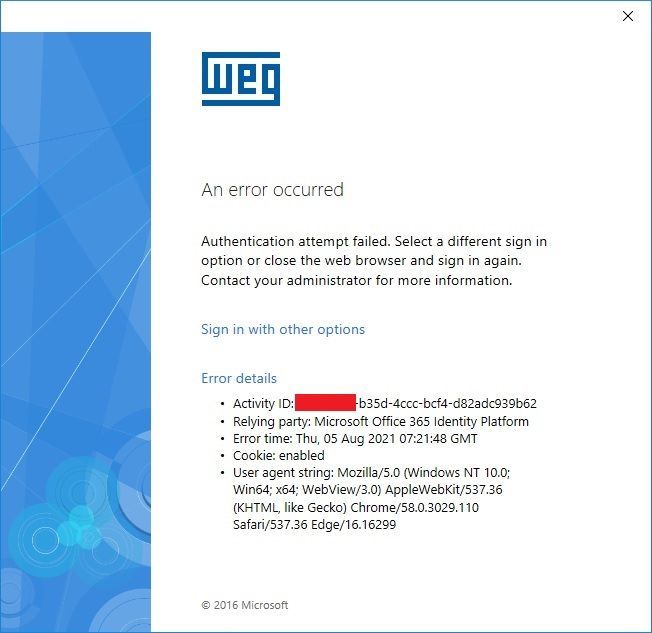 I have the same problem. What is the solution??
0 Likes
Reply