I'm trying to use a simple formula to divide the value of one cell by the value in another cell and every time the result of the formula is "0".  The two cells I'm using both have actual numbers in them.  Neither is "0" or blank.  The two cells have formulas in them as well...they are simple SUM formulas adding up the row they are in.  But they both display positive numbers and when I try to divide them, it just shows as zero.  The formula I'm using is =P15/N5.  Below you can see what I put in, and then the zero value returned.  Can't figure out why it won't divide the two numbers. 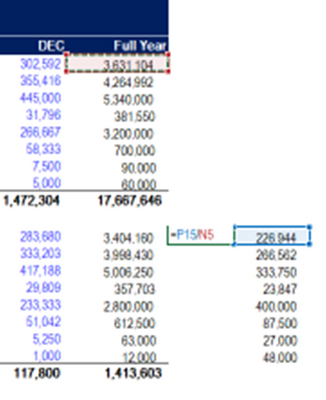 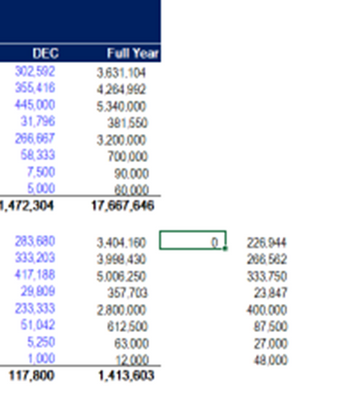 Wow that was it!!! Thank you so much. I was going crazy trying to figure that out. You're a life saver!
0 Likes
Reply

You're welcome @iwarda! Glad I could help.

How We Built the College Basketball Prediction Spreadsheet in Excel