How to stream video call through man-in-the-middle proxy?

How to stream video call through man-in-the-middle proxy?

I would like to route my Teams video chat connection through a proxy, wherein instead of communicating directly between my computer and Teams, I send my camera/sound data to a local proxy, which sends the data in turn to a cloud-based server, which then in turn I would like to forward the data received to Teams as though my original computer was the client. See the diagram below: 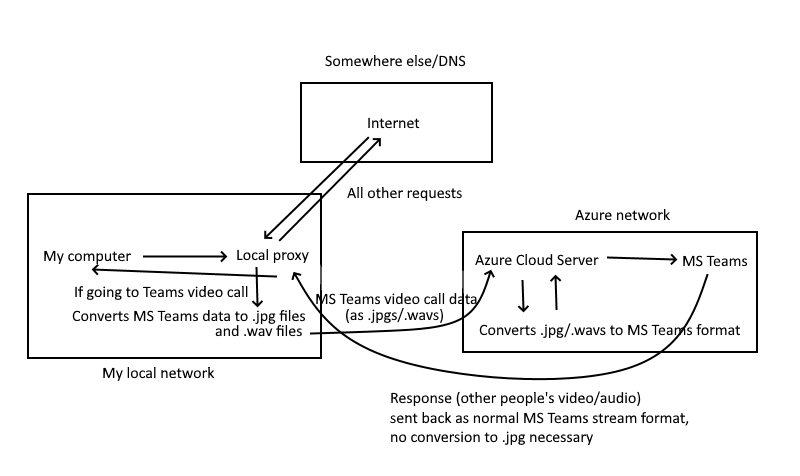 As you can see in the image, I would like to somehow intercept/extract the frames of the video in order to perform custom processing on them, and I would like them to be sent as such between the local network and the Azure server. However, I then need to trick MS Teams into thinking that the Azure server sending the data is actually on my local network in order to direct the response back appropriately.

Is there any way to achieve this? Are there any existing implementations/documentation for extracting/processing frames of a video call before sending them on to Teams as though nothing ever happened?