Anyone found a way to prevent users to change from private to public.
There is a teams parameter called visibility and I assume it's the AccessType of the underlaying O365 group.
I would want to restrict the option in the UI for the owner to change this.

Nothing in the "CsTeamsClientConfiguration" and i can't find any policy which restrict this either. 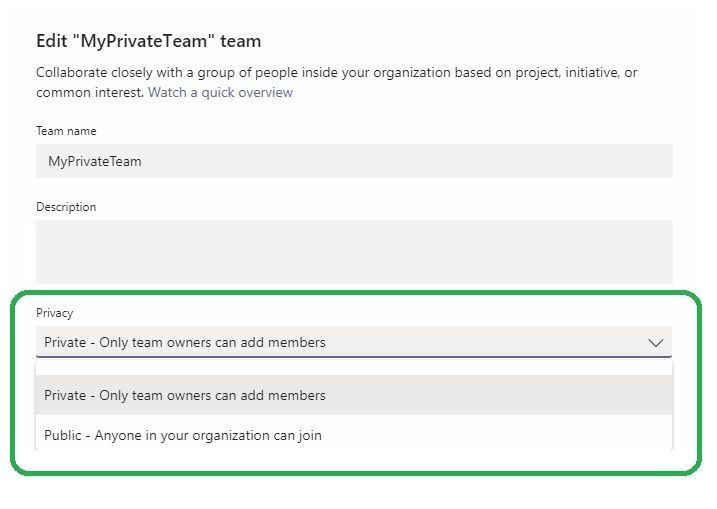 No, the owner can always change this!

There are uservoices open related to this

Restrict changing from public to private and vice versa (what you need)
https://microsoftteams.uservoice.com/forums/555103-public/suggestions/37909912-allow-only-global-adm...

Would recommend you vote on them to push them up the agenda. As with all uservoices they may be some time to be picked up, if at all. So I would recommend attending the next Teams AMA on the community and raising the question there too.

I absolutely get why you would want them - particularly from preventing the exposure of sensitive data and conversations. I have voted on both of them.

Hope that answers your question

Alternatively, as there's no current configurable option to all enforce this. It could also be managed by a script. The script could be scheduled to run, or on demand as needed.

The script then goes through to identify the public O365 groups and change them to private instead of public.