Turn on suggestions
Auto-suggest helps you quickly narrow down your search results by suggesting possible matches as you type.
Showing results for
Show  only  | Search instead for
Did you mean:
Azure on the Cheap - Azure Storage Static Website and Azure Front Door
By

Azure on the Cheap posts focus on the architecture, techniques and technology in Azure that add considerable value without breaking the bank. This value is being measured in both the amount of effort taken to develop, provision, and maintain the resources, as well as the monthly charge for the resource.

Take a scenario where you want to host a public facing website for a global company. You could host the website out of a single location but you want to ensure a good experience for visitors across the 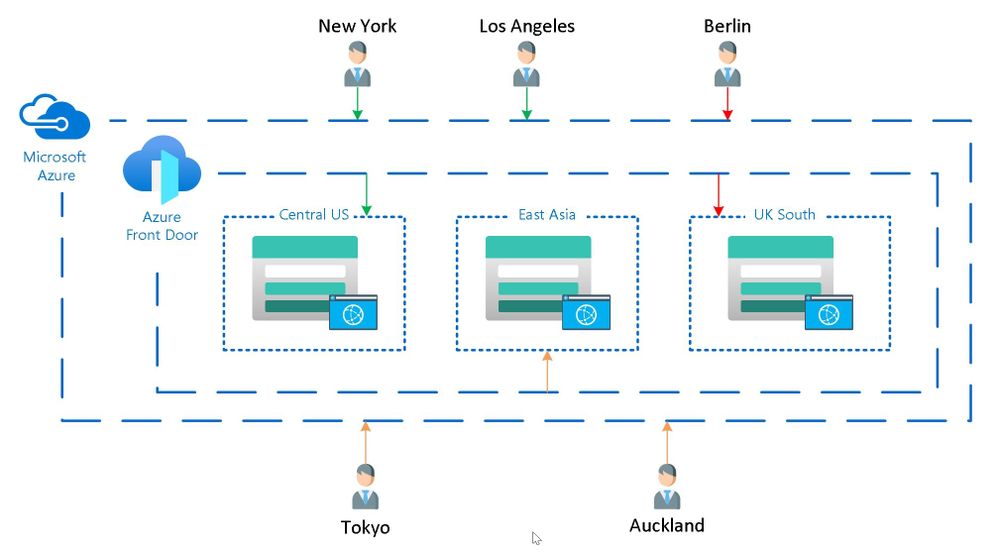 Let's take a look at the technology involved in this technique in a bit more detail.

Enabling static websites on an Azure Storage Blob service allows you to host static content. This may include static content and client-side scripts but server-side scripting is not supported. When enabled you get a primary endpoint and to designate a page that is served up when the root of the primary endpoint is called as well a document to supply for document not found errors (404). 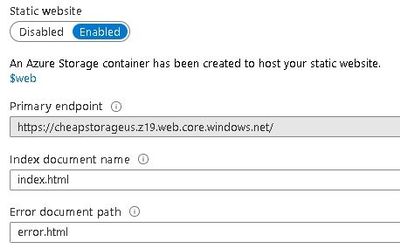 The files are hosted in a blob container named $web:

For the demo, I used GitHub Actions to deploy a website to multiple regions including Southeast Asia, UK South and Central US. These are shown below:

Using JMeter and Azure DevOps, my plan is to perform load tests against the websites hosted in these regions to get a gauge of the performance with and without using Azure Front Door.

Using JMeter, I created a simple script that hits the website. In an Azure DevOps project, I setup some Load tests using the script. You can find Load tests in the Test Plans section:

My first two tests were to run against the website hosted in the Central US region. The first run was in Singapore while the second was in Iowa. Though this is not an exhaustive test, we can see a clear difference between the two locations:

Setting up Azure Front Door was simple. Let's look at the visual designer to show how simple it was:

The Frontend describes the public url and in this example it is AzureOnTheCheap.azurefd.net. This directs to a backend pool, StorageAccounts. In the accounts, I have three defined all with equal priority:

Azure Front Door will monitor the health of the backends. If a backend becomes unavailable, then traffic will be routed to the next closest endpoint.

Back to Azure DevOps Load Tests

In this run, Iowa's performance still looks pretty good at 7.4ms but Singapore, now that it is routing to the Southeast Asia region shows a considerable improvement from 361.4ms to 31.5ms.

The pricing of Azure Front Door has several components. The number of routing rules, domains and Web Application Firewall have  a per hour or per month pricing. In my implementation I had one routing rule and one domain which cost me about .70 USD a day.

Azure Front Door will use health probes to determine the state of the backend hosts so there will always be a level of bandwidth usage. In my implementation this resulted in about .05 USD a day and my testing, between 1000 - 3000 requests a day generated less than .01 USD a day.

So for less than a dollar a day, I was able to implement a static website with global routing and high availability.

Azure Front Door and Azure Storage Blob provide a global, highly available solution for hosting static websites. This can be achieved with a small amount of setup and a low monthly charge.