Turn on suggestions
Auto-suggest helps you quickly narrow down your search results by suggesting possible matches as you type.
Showing results for
Show  only  | Search instead for
Did you mean:
Windows update expiration policy explained
By 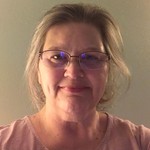 Microsoft produces two to three updates per supported Windows platform monthly. This results in a backlog of updates and potentially increases the size of update packages. Many of these updates, however, are cumulative and include all earlier updates that have been published for that platform. That means, when older packages expire, you still receive the updates contained in those packages by installing the cumulative update.

By expiring older, redundant packages, you get better performance, shorter scan times, a faster user experience, and reduced risk of deploying older updates which have been superseded with newer, more secure ones. Here are answers to common questions we receive about our Windows update expiration policy.

How often are update packages expired?

Our published packages are evaluated for expiration on a regular basis. Once a large enough quantity of candidates have been found, an expiration will take place.

Some older packages may not yet have been evaluated or may not have met the criteria for expiration. It is also possible that they have not yet expired because of existing dependencies on that specific update.

Are there any packages that cannot be expired?

How can find out if my update has expired?

If an update has expired, you will see the word "EXPIRED" appended to the title of  the release note article associated with that specific update on support.microsoft.com.

There will also be an expiration notice at the top of the article.

If you are using Windows Server Update Services (WSUS), you will see a banner at the top of the details pane if a given update has expired.