Turn on suggestions
Auto-suggest helps you quickly narrow down your search results by suggesting possible matches as you type.
Showing results for
Show  only  | Search instead for
Did you mean:
What’s new for IT pros in Windows 10, version 21H2
By 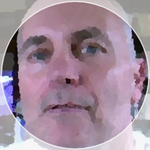 Windows 10, version 21H2, also known as the Windows 10 November 2021 Update, is now available through Windows Server Update Services (WSUS) and Windows Update for Business, and can be downloaded from Visual Studio Subscriptions, the Software Download Center (via Update Assistant or the Media Creation Tool), and the Volume Licensing Service Center*.

For those organizations with special-purpose devices and environments, such as manufacturing or healthcare systems, or for those who have other needs for longer term device update stability, we have also released a new version to the Long-Term Servicing Channel: Windows 10 Enterprise LTSC 2021.

For more details on Windows 10 servicing and lifecycle, see John Cable's post on How to get the Windows 10 November 2021 Update.

Windows 10, version 21H2 offers a scoped set of improvements in the areas of security, management, virtualization, and quality to ensure that your organization and end users stay protected and productive.

Let's start with what's new in security. With Windows 10, version 21H2, we are making some critical changes to the Universal Windows Platform (UWP) VPN APIs. This includes the ability to implement common web-based authentication schemes and to reuse existing protocols.

Moving on to what's new in management. We have been listening to your feedback and are closing the gap between Group Policy and mobile device management (MDM) settings. The device configuration settings catalog has been updated to list over 1,400 settings previously not available for configuration via MDM. These new MDM policies include administrative template (ADMX) policies, such as App Compat, Event Forwarding, Servicing, and Task Scheduler. We have done the same in Windows 11, thus creating a consistent policy management experience between Windows 11 and Windows 10. 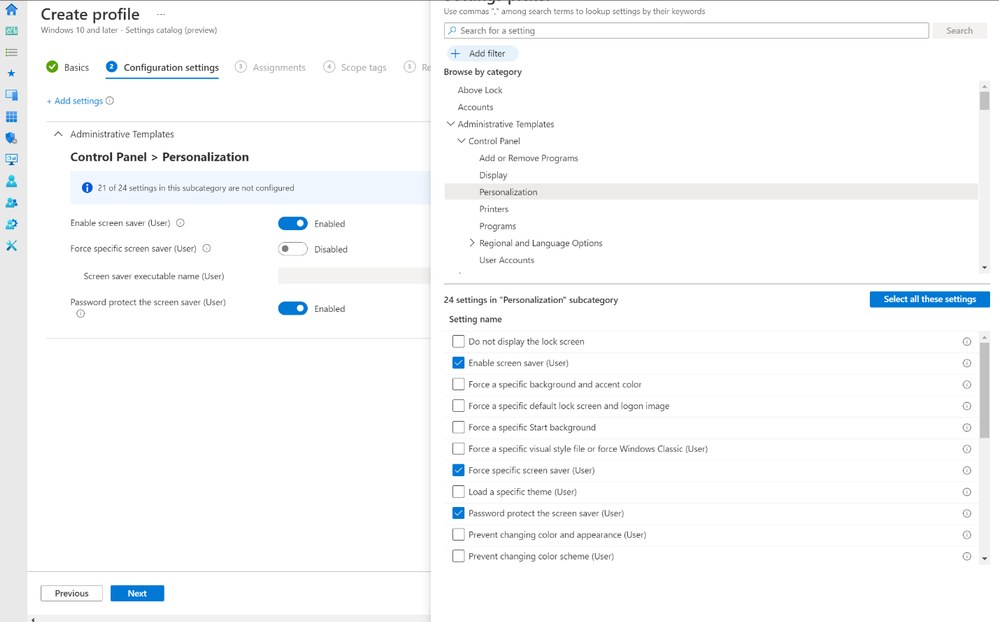 Part of Windows 10 Enterprise, Universal Print now supports print jobs of up to one gigabyte (1 GB) or a series of print jobs from an individual user that add up to 1GB within any 15-minute period. In addition, Universal Print integrates with OneDrive for web and Excel for web. This allows those using any browser or device connected to the internet to print documents hosted in OneDrive for web to a printer in their organization without installing printers on their devices. Universal Print will also be updated by the end of 2021 to support printing from Microsoft Excel for web.

Now let's talk about virtualization. For those using Azure Virtual Desktop, you can now automatically provision apps to a Windows 10 desktop, allowing the apps to run in Azure Virtual Desktop just like local apps—including the ability to copy and paste between remote and local apps. (This functionality is also available in Windows 11 for consistency.) 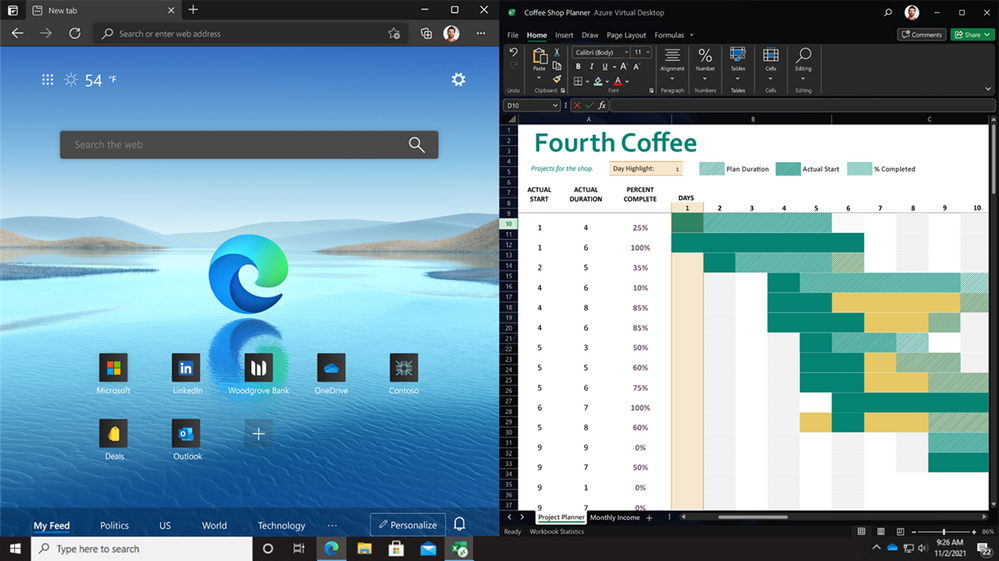 Which tools are being updated for version 21H2?

To support the release of Windows 10, version 21H2, we have released updated versions of the following tools:

We are also updating the key resources you rely on to effectively manage and deploy updates in your organization, including:

With today's release, you can begin targeted deployments of Windows 10, version 21H2 to validate that the apps, devices, and infrastructure used by your organization work as expected with the new features.

For those looking to create custom Cloud PCs based on device images that IT creates—and for those looking for more management options and full integration with Microsoft Endpoint Manager—there is Windows 365 Enterprise. With Windows 365 Enterprise, you can allow users to securely stream their full Windows 10, version 21H2 (or Windows 11) experience from the Microsoft cloud to any device. As announced at Microsoft Ignite 2021, Windows 365 Business will offer similar management capabilities soon. 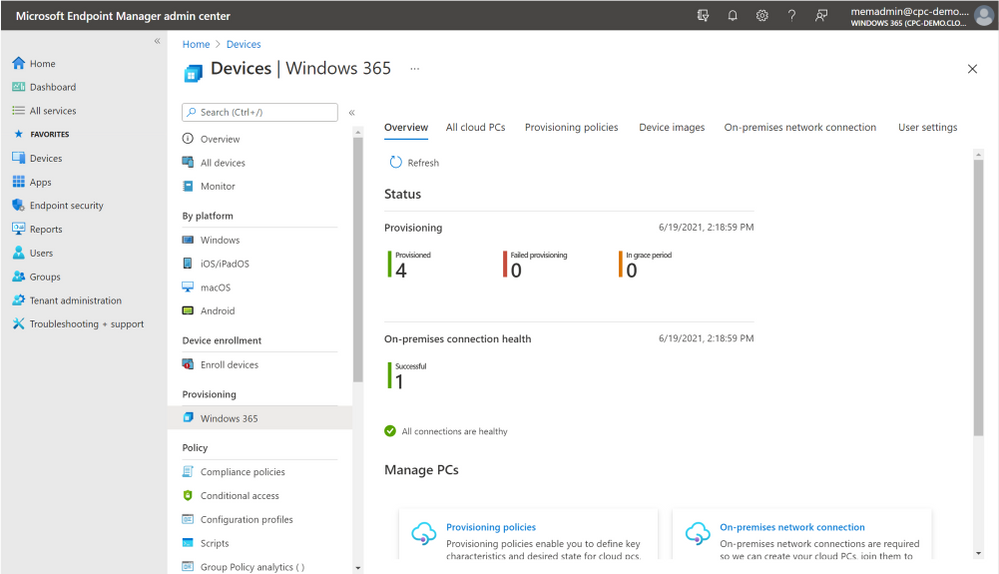 Join us for Office Hours

If you have deployment, servicing, and management questions, join our monthly Windows Office Hours every third Thursday. Our broad team of experts will be there to offer answers, support, and best practices. Submit questions live during the monthly one-hour event or post them in advance if that schedule does not work for your time zone. Our next event is Thursday, November 18th from 8:00-9:00 a.m. Pacific Time—and will take place as part of Tech Community Live! Add it to your calendar!

* It may take a day for downloads to be fully available in the VLSC across all products, markets, and languages.