Turn on suggestions
Auto-suggest helps you quickly narrow down your search results by suggesting possible matches as you type.
Showing results for
Show  only  | Search instead for
Did you mean:
Microsoft Technical Takeoff: Windows and Microsoft Intune
Oct 24 2022 07:00 AM - Oct 27 2022 12:00 PM (PDT)
Find out more
Update to language imaging in Windows 11
By 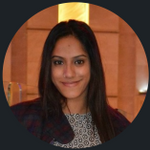 Update to language imaging in Windows 11

Beginning with Windows 10, version 2004, cumulative updates have regularly included user-facing feature improvements. For a subset of languages, this can result in unexpected language fallback: text for updated features may be shown in an unexpected language until the system updates the corresponding Local Experience Pack (LXP). To address this, we are adjusting the language options we offer for device imaging.

Starting with Windows 11, we are moving to a model where the 38 LP languages—as well as five LIP languages (ca-ES, eu-ES, gl-ES, id-ID, vi-VN)—can only be imaged using lp.cab packages. With this change, we ensure a fully supported language imaging and cumulative update experience.

The remaining 67 LIP languages will move to a self-service model. This means that Windows desktop device users can use the Settings app to add any supported language, including the 67 LIP languages that cannot be used for system imaging. We are also enabling non-administrator user accounts to add both a display language and corresponding language features. This is part of a new end-to-end capability to empower users in business environments.

To summarize, the primary change is that the 67 LIP languages will not be made available or supported for imaging. The LXP-only languages are now only available through the Microsoft Store and Settings apps.