Does anyone have a fix for the printer sharing problems discussed in:

NONE of the suggestions offered up resolve the sharing issues and everyone seems to be hoping that Microsoft addresses the problems with the November update. That's a long time to limp along without a working shared printer!

@handymanalex Same here！Only uninstall it and stop automatic update. No other fix works. 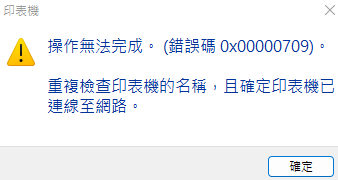 Agreed. I have successfully replaced the three C:\Windows\system32 files with Pre-KB5006670 versions and was able to resume printing to our Windows Server 2016 print server printers:

This operation was completed with the Print Spooler service STOPPED and, of course, the TrustedInstaller ownership of the 3 files had to be changed to Administrators - Full Control before the copy. I was then able to print after starting the Print Spooler service. I do not like changing operating system files, so I only tried this successfully on one Windows 10 Pro x64 Feature 21H1 PC with KB5006670 installed. Otherwise, I have uninstalled KB5006670 after setting the Defer Window Updates out to about 4 weeks (max) as mentioned by others. The 3 file replacement method comes from the Bleeping Computer web site forum, of course. I also tried installing KB5006738 AFTER KB5006670 update with NO success in network printing. Uninstalling both updates restored network printing successfully.

Unfortunately, I'm a home environment user with limited "geek level" abilities to control print servers or resurrect and install previous versions of component files. My options are somewhat limited until my frustration level motivates me to attempt a fix that I might screw up. Thanks for the workaround description.

@ChevITGuy When new update installed, problem appear again. I keep suspend WIndows Update for the PC we have.

All of our Windows 10 Pro 32-bit and 64-bit Feature 21H2 and Enterprise 64-bit Feature 21H2 systems have Windows Update KB5008212 installed.  They no longer have any network printing issues.  The Windows Server 2016 Print Server was updated this past weekend and it caused older Windows operating systems to fail communication with this server until I added the following Registry Key to the Windows Server 2016 system TEMPORARILY until those Windows operating systems are upgraded.  This Registry Value reduces security of the Print Server and is only a temporary stop-gap measure to allow the older systems to print:

Administrator Command Prompt commands to cycle the Spooler service.  Afterwards the 0x0000011B error, when the Windows older operating systems tried to print, was gone and printing was successful.

We will remove this Registry Value or set it to ONE when the older systems are removed or updated.  Among the Windows Updates installed this past weekend on Windows Server 2016 Print Server was KB5008207.  This likely turned on or refined the RPC Network Print Security feature as my GUESS (only due to its numeric proximity to KB5008212 !!)

I never replaced (or had to replace) the three system files. What finally cleared up other network devices not being able to see the printer (which is directly USB connected to one Windows 10 desktop) was the regedit to add the "RpcAuthnLevelPrivacyEnabled"=dword:00000000 key to the computer attached to the printer. This fixed the final show stopping 0x0000011B error on all the other devices. I had already done all the other settings fixes on all the devices, i.e. network set to private, discovery and sharing ON, various services set to automatic, SMB 1.0 CIFS File Sharing Support (Client) turned ON, and allow network discovery through Windows Defender Firewall. I don't have a server per se (unless the desktop serves that purpose) and I never tried a suggestion to reset the network. I don't have any hope that Microsoft will ever address the vulnerabilities (whatever they are) that are introduced by the SMB 1.0 File Sharing Support turned on, or the register entry disabling privacy. I just need my printer to work with other devices.

Running Windows with No Services

Debugging Without a Debugger: The Magic of wercon and a Web Browser