At its annual Surface hardware event in New York, Microsoft announced the expected set of updates to its existing hardware lineup. The biggest surprise, though, was surely the announcement of the company’s dual-screen Surface Neo, which will go on sale before the 2020 holiday season. To make this kind of dual-screen device possible, Microsoft also built a new version of Windows 10: Windows 10X. 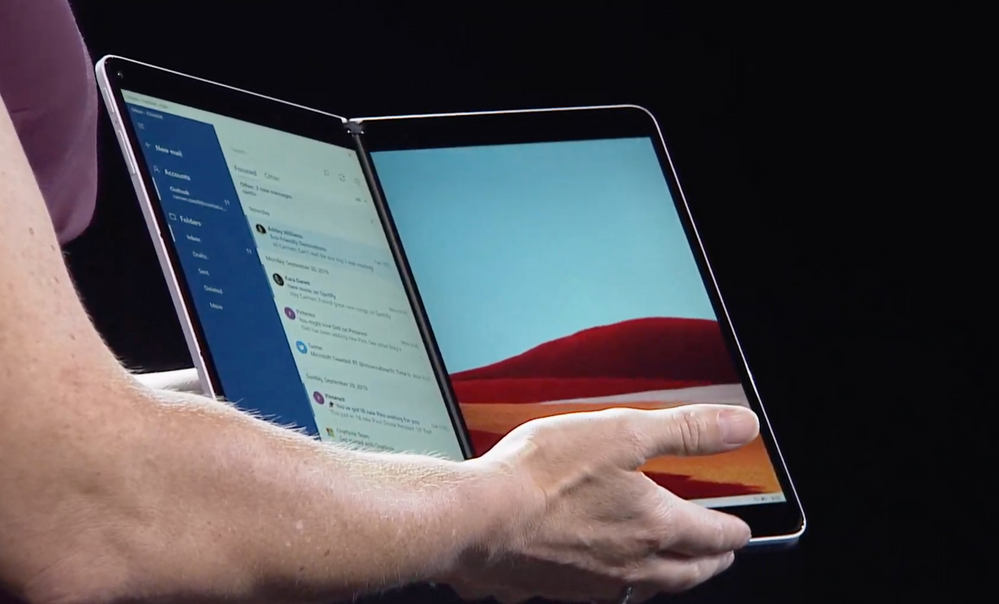 Microsoft says it’s announcing the hardware and software today in order to get it into the hands of developers ahead of the launch.

Just like the HoloLens, Surface Hub and Xbox use the core technologies of Windows 10, the dual-screen Surface, too, will run this new version, as will dual-screen devices from Dell, HP, Lenovo and other partners. Unsurprisingly, these devices — and Windows 10X — will feature improved pen support (and a virtual keyboard).

Windows 10X is the result of Microsoft’s work on making Windows 10 more modular so that it can take pieces of the operating system and use them as needed. As Microsoft told us ahead of today’s announcement, Windows 10X is essentially the continuation of the architecture changes it made to Windows 10 that allowed it to make the HoloLens, Surface Hub and Xbox versions possible.

The company stresses that this is not a new operating system but takes Windows 10 as you know it today and makes it more adaptable to other form factors. This also means that you won’t be able to buy yourself a stand-alone copy of Windows 10X. The only way to get it is on these new dual-screen devices. 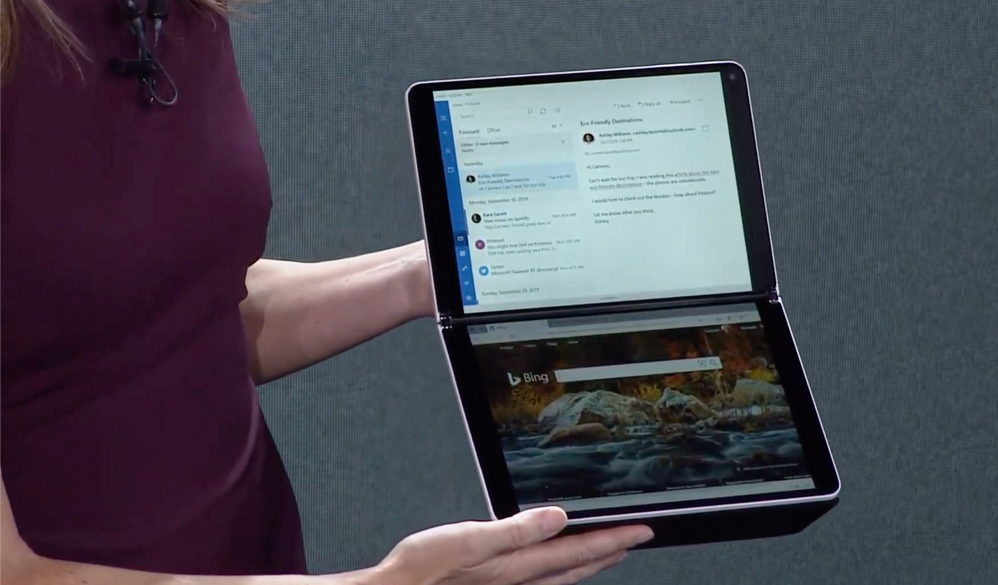 The overall design doesn’t look all that different from the Windows 10 you are probably familiar with already, but it obviously has all of the functionality to move applications between devices — or span them across screens. The device reflows it automatically, no matter how you hold the device. Windows 10X also makes affordances for the Neo’s keyboard cover, which covers about half of the screen and then reveals what Microsoft, for some reason, calls the ‘WonderBar,’ with a virtual trackpad.

But this modularization effort also allows Microsoft to do some smart things under the hood. So while a regular PC will boot up and immediately run all of the services necessary to run a Win32 application, for example, Windows 10X won’t load this subsystem until it’s needed. This, the company argues, allows it to be very efficient with the resources available on the machine and extend its battery life significantly.

Some of this work will surely flow back into the mainstream PC version of Windows 10. In some way, this has already happened with some of the work Microsoft did on the graphics capabilities of Windows 10 for Xbox flowing back to the PC.