Is There a Limit on the Number of Content Types Allowed in a Library?

Is There a Limit on the Number of Content Types Allowed in a Library?

Everything I've read says there's no hard limit on the number of Content Types you can have in a Library.

However, I'm running into issues with 39 or more Content Types added to a Library. When I add the 39th, the metadata 'details pane' will not show any metadata at all, and it displays a spinning wheel which never goes away, even after leaving it sit all day. It just looks like it's trying to load the metadata, but never does. When I remove the 39th content type bringing the total down to 38, everything works again.

Here is a screen capture below to help illustrate: 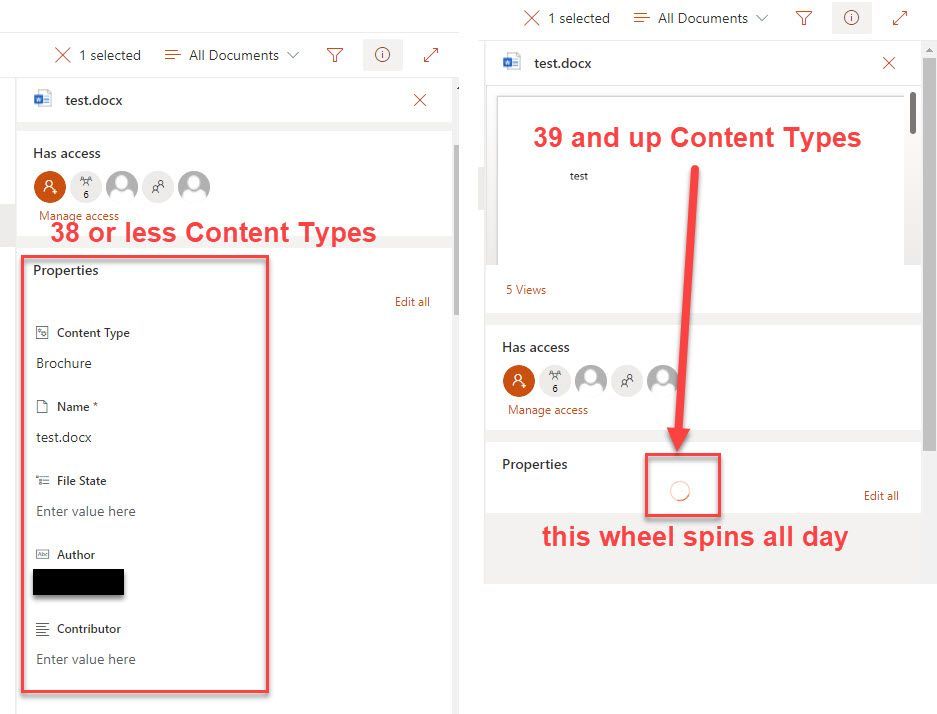