There is already an ongoing User Voice Request to have multiple instances of Microsoft Teams on the Windows Machine.

The major use of the multiple instances of Microsoft Teams Application: -

Here is the link to the Source Code

REM Uses the file name as the profile name

Thanks for your solution.

But at this morning i got an error message after starting teams from them .cmd file.

Have you got an solution for this, too?

This was a great help until a couple of days ago. But now I am getting the error as seen in the attached image. I can see that this is happening for others too from the previous comment.

Would be great if you could throw some light on this.

Me too, I have the same error as in the screenshots from @Ranga_r & @DeMa_cronos. Would love to go back to normal with my own and 2 clients' Teams open together. Thanks.

@Satish2805  Hi - I am getting the same error as those noted above.  I cant figure a solution - I am guessing a file path has changed but not sure.  Any help would be appreciated

Workaround for this that I have found is to use the Progressive Web App functionality.

Just login to https://teams.microsoft.com via Edge browser. Follow the image below and click Install this site as app: 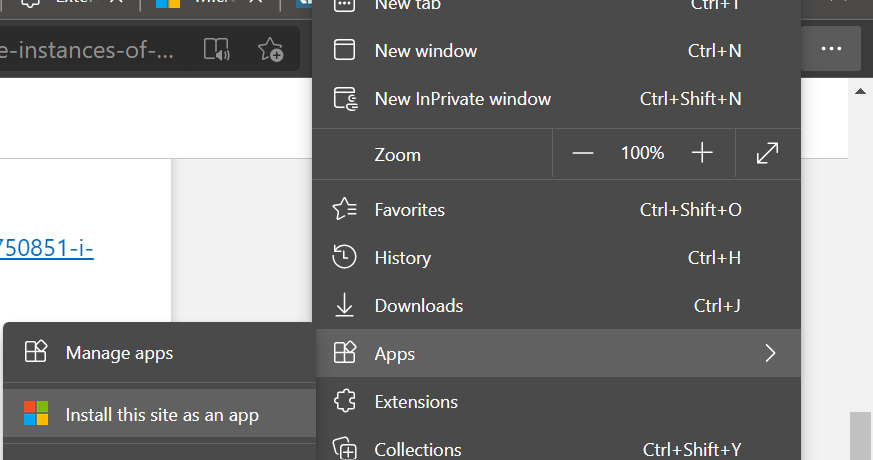 That "problem" with this workaround is, that I only login in one Account. But if I have got more then one guest account I cant use them not parallel. But It helps to work with the Main-Account and one other Guestaccount. Thanks for your help. 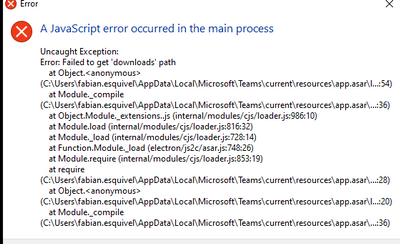 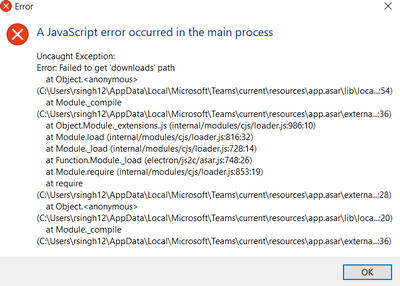 Thanks @tomlen Your comment was helpful. My problem is fixed now.
0 Likes
Reply

Big thanks to @tomlen It fix the problem.
0 Likes
Reply

Thanks @tomlen
Your solution has worked for me too!
Whoop Whoop!
A

Big Thanks, this has fixed the issue.
0 Likes
Reply

Is there a Powershell version of this?

I wanna use Teams deep link to jump straight to a channel, by calling the msteams protocol handler. See this thread for more info - Re: Command Line args to goto channels directly? - Microsoft Tech Community

The problem is that it will jump to the channel in the "normal" Teams, instead of using the custom profile Teams. I think if this script can be converted to Powershell, I might have some ideas to get the above working.

This worked like a charm. Thanks so much!
0 Likes
Reply