Updated guidance for upgrading from Skype for Business to Microsoft Teams 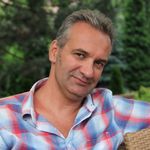 Updated guidance for upgrading from Skype for Business to Microsoft Teams

We are excited to announce updates to our online guidance designed to enable customers to plan and implement a successful upgrade from Skype for Business to Microsoft Teams.

Incorporating learnings from real customer engagements and various community feedback to enhance and simplify, this new and improved guidance offers:

Leverage guidance, best practices, and downloadable resources at https://aka.ms/SkypeToTeams to support your journey from Skype for Business to Teams. If you have questions or feedback, please let us know in the comments section.

And when you start planning on how to migrate Skype to Teams, also consider the human side.

EdX Adoption Specialist course (free, if you don't take the certification) gives you good guidance how to progress & adapt Teams into use efficiently.

Will the proximity work with customers who have cisco video endpoints deployed.

Many of enterprise customers are on cisco video platform using VCS or CUCM centric deployements.

This cannot be changed overnight, moreover cisco webex is also offering proximity with their devices.

However if there will be interworking for cisco devices then it would be easier to convince users to move off of it.

You should also mention that Teams can't communicate with Skype because Microsoft canned that feature. For us, this is a dealbreaker.

@Mave922  The modes are already available in Powershell. The portal enablement is targeted the first quarter of this year.

Laszlo Somi
Microsoft
@DanielThomann , Are you referring to Skype consumer? In that case, correct at this time there is no connectivity between Teams and Skype consumer.
1 Like
Like

Are there any plans for Teams Call Queues to reach parity with Skype for Business on-prem Response Groups. Mostly interested in presence based call routing. Ringing all users that are available and longest idle.

Currently there is no interop between Cisco VC infrastructure (CMS) and Teams, whereas it works fine with S4B. This is a killer for us, will it be addressed?

The guidance should read.....We've made this transition very difficult for you and your end users every step of the way! There will be NOTHING easy about it. Have fun!

How about providing admins with the means of disabling all that is useless for the small company?

Before I continue, please know I understand what Teams is and I get that there are (many) businesses out there that are enjoying all it has to offer/provide. I'm speaking for the many others (mostly micro-to-small businesses) who don't require/need such functionality.

We (and many, many other small businesses) use S4B for text chat, video chat and the occasional screen sharing...nothing more now and nothing more later (well, unless our business grows from the 20 employees we now have to 200 or 2000 and beyond -- yeah, not likely). Microsoft Teams is obnoxious - nothing more than over-stuffed bloatware - for environments with departments/groups/teams of one (ok, sometimes two). We use S4B for secondary/tertiary means of communicating (i.e., talking) and don't need all of this other functionality (e.g., groups, channels, bots, sites, etc.) to further complicate things in our tiny little environment.

I get it...technology is grand...oftentimes magical, but it's also mind-numbing. Well, duh! The notion that Teams was derived from "feedback" received from users of S4B (not believing this marketing spin one bit) and forced upon the small environments first -- guinea pigs -- so Microsoft can work out the kinks/bugs before promoting it to the ultimate customer (not us small peeps) is very frustrating to say the least.

Admittedly, some of my concerns from months back have been addressed (i.e., inability to switch from typing-to-audio-video chatting without jumping through hoops, can't easily/seemingly establish a line of communicating unless users were in the same group, etc.), but the fact remains -- Microsoft loves pushing platforms upon us that aren't ready for prime-time...it's been like this since the old days (even before SaaS was a thing).

In closing, after looking at Kaizala and other 3rd party chatting apps, it looks like we'll be going back to "consumer" Skype. No, not because we're blinded by the name, but because it works, it's very similar to what we know and, most importantly, it's all we need. We don't have time or the ability to get everyone in a room and promote/support major changes (Skype is not Teams and Teams is not Skype) like the big companies of the world. We would've never left the consumer Skype platform had it not been for the inclusion of Lync/S4B in the Office 365 platform (that and the fiasco of the differing authentication databases)...but yeah, we just completed that transition maybe 1-2 (+/-) years back...and around and around we go! Thanks, for creating more work for the little guys, Microsoft (Teams)!