Turn on suggestions
Auto-suggest helps you quickly narrow down your search results by suggesting possible matches as you type.
Showing results for
Show  only  | Search instead for
Did you mean:
New! Build a culture around company values and employee recognition with Disco for Microsoft Teams
By 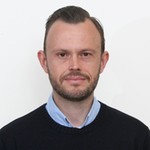 New! Build a culture around company values and employee recognition with Disco for Microsoft Teams

Find the Disco app in our App Store!

Companies that use Microsoft Teams and Disco together are building a more connected, appreciated, and aligned workforce. On average, these organizations experience a 7% increase in their employee net promoter scores and a 31% reduction in voluntary employee churn!

To get the party started at your company, visit the Microsoft Teams App Store.

Here are several of the features that are available to Microsoft Teams customers that are down to Disco! 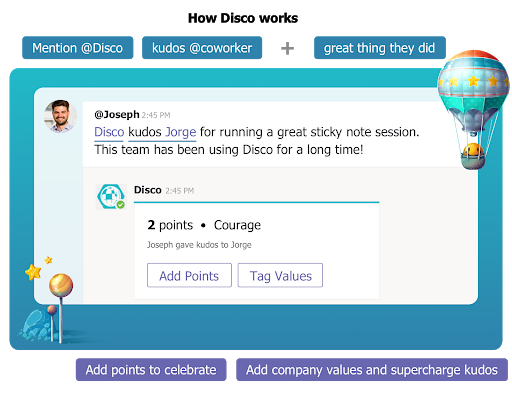 Learn more about how other companies are using Microsoft Teams and Disco to live and lead through their core values here.

Reward the right behaviors.  Disco’s ‘giver’ and ‘receiver’ points are associated with kudos and values engagement in the system. Points can be used to reward employees for both giving and receiving positive feedback on the Disco platform, as well as when employees tag core values.

Broadcast wins and company values to your connected displays and TVs around the office.

Empower employees to view their achievements, points, and values tags from their personal Disco profile. This employee profile is useful for employee performance reviews and 1-1's.

Gain visibility into real-time employee engagement, how often employees give positive feedback, and live your company values on Microsoft Teams.

How do I Disco if I’m already using Growbot?

Disco will automatically upgrade your account from Growbot to Disco.  To access your dashboard and enable company values, please visit your Disco dashboard here.

To get the party started at your own company, add the Disco app to Teams, or to provide feedback directly to the Disco team, contact them here.