We are proud to announce the launch of the third party app BitBucket Cloud Bot integration in Microsoft Teams. Bitbucket is built for every member of software team to collaborate on code written by developers.

You can start the conversation by mentioning BitBucket Cloud bot in the channels scope. In personal scope, conversation can happen without mentioning the  bot. You can create a new pull request or search of an existing one that you’ve already created. In case of multiple repositories, you’ve to select source repository and source branch from where code needs to be merged as well as target repository and target branch to where code will be merged. After selecting the repository and branch, you get prompted one last time before actual merge if you would still like to proceed.

Personal scope also gives you option to see all the pull requests you’ve created as well as all your repositories where you are either owner or a contributor.

BitBucket Cloud Bot for Microsoft Teams is available for download in Teams AppStore. Details for purchasing and licensing BitBucket can be found here. 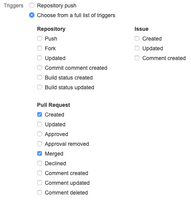 but in teams connector it does not appear 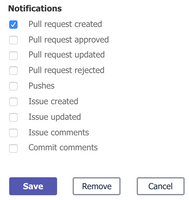 How can i get merged trigger notification?

@nrkz404 thank you for the feature request! We'll keep this suggestion in mind for the future roadmap of this app.

I added the bitbucket app on ms teams and wanted to create a pull request.

After connecting and authorizing the bot I typed create and clicked on the pull request button.

When I am trying to select a repo it only shows the first 10 or so repos present under the company workspace we have been using. Scrolling with a mouse or clicking and dragging doesn't work.

Did anyone else encounter this issue and does anyone know a fix for it? 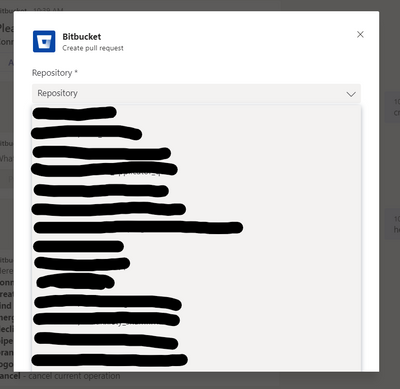