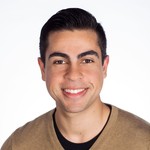 We are excited to announce the general availability of the Microsoft Teams PowerShell module. This PowerShell module, first released in Beta last year, allows you to manage the lifecycle of teams within your organization. As a Global Administrator or Teams Service Administrator, you can identify and manage teams on behalf of your users, and make bulk updates to teams faster – including changing memberships or managing team settings. This new version of our module leverages only 1.0 Graph APIs.

Going forward, we will be maintaining both a Preview and Generally Available versions of the Microsoft Teams PowerShell module. This will allow us to deliver new, preview functionality to our customers faster for testing, while ensuring that our Generally Available module continues to leverage only 1.0 APIs.

The following cmdlets are supported in our generally available module:

Additional Functionality in New Release
In addition to leveraging solely 1.0 APIs, we have made a few improvements to cmdlets in the Generally Available module:

Connect-MicrosoftTeams: You can now specify a Teams Government Environment (-TeamsEnvironmentName) that your organization is homed in.

Get-Team: We expanded the filter and selection criteria to include properties such as the Visibility or Archived state of the teams so that you can more easily identify teams that may require your attention

Simplified Experience
To improve the discoverability of certain team settings, we consolidated the functionality of the following cmdlets into the Get-Team and Set-Team cmdlets:

Note: These beta cmdlets will not be available in future module releases

Let us know what you think!
If you have suggestions on how to make Teams better, please submit your idea via User Voice or vote for existing ideas to help us prioritize the requests. We read every piece of feedback that we receive to make sure that Microsoft Teams meets your needs.
— Christopher Bryan, Microsoft Teams