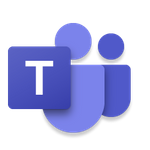 Microsoft Teams can help people and organizations stay productive in hybrid work environments, and Microsoft Power Platform provides low-code custom development tools. The powerful Teams + Power Platform integration allows anyone to create the tools they need to get work done and bring them into their digital workspace. We are excited to share some new ways that it is becoming easier to build, deploy, and manage these custom solutions so teams can be more productive!

Easily automate work for users and teams
A new Power Automate app for Teams, coming later this year, will make it easier than ever to build automated workflows. The new app will include a robust set of easy-to-use templates for some of the most common automation scenarios for Teams. A simple building experience will allow users to build these flows with drop-down menus and pre-populated dynamic text. Users will also have the ability to start building flows from scratch or edit flows that they’ve already built.

Manage custom approvals in Teams
Nearly every industry and every business department needs to manage approvals in some form, so we are excited to announce that Teams users will soon be able to easily create, manage, share, and act on approvals directly in Teams. Users can start an approval from a chat, channel conversation, or from the Approvals app in Teams. These easy approvals are powered by Power Automate and will become generally available in October.

Coming later this year, we will have integrations with Adobe Sign and DocuSign, to get legal consent or approval of electronic documents from people inside or outside the organization. Additionally, approval flows from across the organization can be integrated in Teams with over 350 systems using Power Automate, including ServiceNow, Dynamics, and GitHub.

Build and deploy custom apps and chatbots in Teams
We are pleased to announce that the new Power Apps and Power Virtual Agents apps for Teams, powered by CDS Project Oakdale, have entered public preview allowing Teams users to build custom apps and AI-powered bots right inside Teams, then easily deploy them to their teams.

The new embedded Power Apps studio allows users to create custom apps with a simple drag and drop approach to add app elements, and these apps can be connected to existing CDS Project Oakdale data tables or new data tables that can be created right inside the studio. These apps can be used on desktop or mobile devices, so everyone can be more productive, wherever they are working.

We have also built several Power Apps solutions for common use cases like equipment asset inspections and employee ideas, and made them available in the Power Apps app as well as the Teams app store, so anyone can open and use them right away. Since these solutions are built on Power Platform, they are also highly customizable and can be edited to meet an organization’s specific needs.

It is important to keep in mind that Power Apps can also help professional developers accelerate their app development process. To that end, we are excited to announce that professional developers will soon be able to build Power Platform connectors with Azure API Management and Azure Functions to any Microsoft hosted third-party, legacy, or line-of-business apps. Apps built with Power Apps that utilize these new connectors can then be deployed to users in Teams at no additional cost. These capabilities will be available for preview in October 2020.

The new Power Virtual Agents app for Teams provides a low-code authoring experience to create custom chatbots Bots can be built simply by adding questions for the bot to ask, and messages for the bot to send back to the user. While these bots can be simple to build, they remain very powerful. New features such as the ability for bots to recognize which user they are chatting with can provide a personalized user experience. For example, an employee who queries a bot about company HR policies could be provided with policies that are specific to their region or country.

Engage with data in the new Power BI app
An enhanced Power BI app for Teams, available in public preview later this year, will make it easy to discover data and quickly create visualizations from Excel datasets within Teams. The app also provides users with quick access to their frequently used reports, example reports from the Power BI community, and commonly used organizational datasets. The app also allows users to send a report that they’re reviewing to a chat or channel quickly, even maintaining the filtering and slicing of the report so it is easy to start a discussion with data. Also coming later this year is the ability to search for Power BI content through the Teams search bar. These new features in the Power BI app for Teams provide a centralized place for users to collaborate on data and more effectively and make decisions based on real-time insights.

Getting started:
We think that these innovations will make it easier for anyone with an idea to build a solution. To get started, open the Power Apps, Power Virtual Agents, Power Automate, and Power BI apps in Teams. Check out the Microsoft Teams + Power Platform Virtual Hub to learn more about this Teams and Power Platform integration and the innovations discussed here, including CDS Project Oakdale. The following information sessions also provide an overview of the integration, as well as details on how to start building custom solutions.

We’re excited to hear about what you’ll build!