Turn on suggestions
Auto-suggest helps you quickly narrow down your search results by suggesting possible matches as you type.
Showing results for
Show  only  | Search instead for
Did you mean:
Office 365 group in Microsoft Forms
By 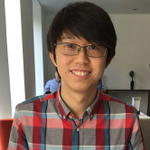 We received a lot of  feedback from people who want to work with their colleagues on forms that can be accessed and managed by all team members. Now, you can easily create Office 365 group forms directly in the Forms portal (forms.office.com)!

On the Forms portal page, in the “Group forms” tab, you’ll see all the forms you’ve recently accessed.

Create a new form in your group

Click the arrow next to “Recent group forms” and pick the group in which you want to create a new form. Any team member in this group will have full control (view, edit, and manage) over any group forms.

Click on the "…" in the upper right corner of any form card to see copy or delete a form options.

It’s a place in which you can collaborate with your colleagues and share resources. For more details, see learn about Office 365 Groups.

It’s a form that belongs to a specific Office 365 group in which all team members of that group can view and edit it. You can create Office 365 group forms in the Forms portal (forms.office.com), SharePoint modern team sites, and Microsoft Teams.

Does Forms have external guest support for Office 365 Group?

Not at this time, but we do have this item on our list of future feature improvements.

How many Office 365 Group forms can I create?

You and your team can create up to 200 forms (cumulative) for each Office 365 group.

We’d love to hear from you! Let us know what you think via this survey.