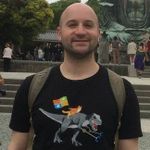 Don’t know if or how Microsoft Forms is being used within your organization?  Forms activity reports are rolling out to all Office 365 commercial tenant users over the next week in the Microsoft 365 admin center.  Expect to see them around March 11.

With this easy to use dashboard, you can dig into many useful aspects of the data: 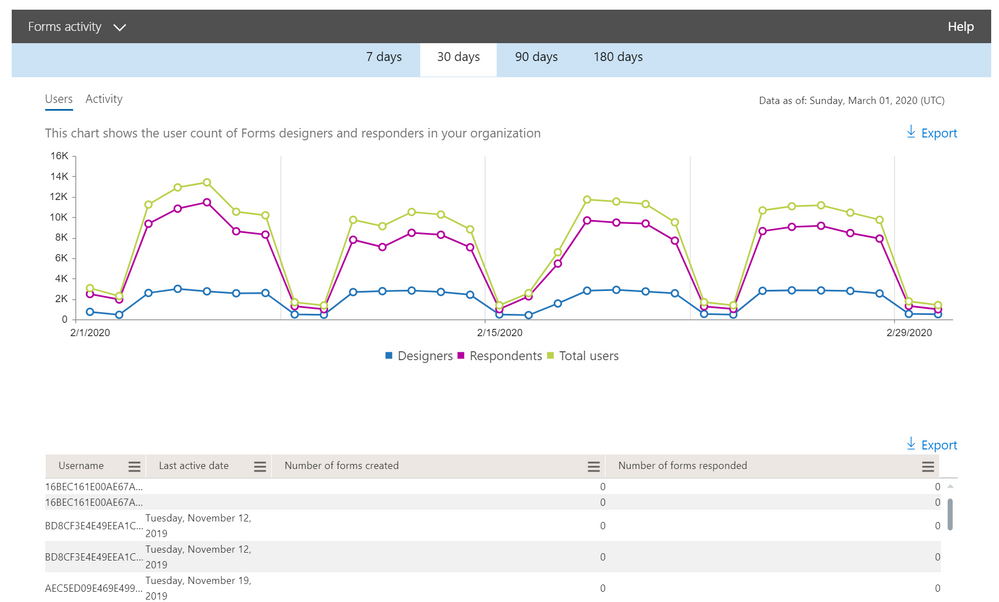 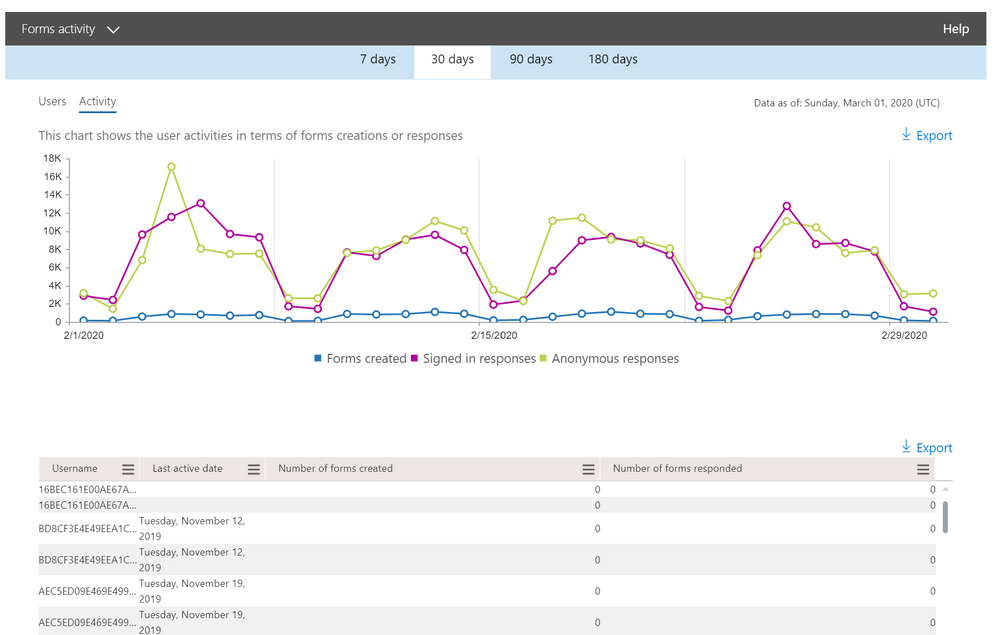 Q: Where is this?

We’d love to get your feedback about this feature. Please go to the Microsoft Forms UserVoice site to offer suggestions or vote on ideas others have already submitted.