Onenote for mac app not syncing with Onenote on Onedrive

Onenote for mac app not syncing with Onenote on Onedrive

I'm a new Onenote user trying to get Onenote on my MacBook Pro to sync with Onenote web on onenote.com. I'm signed into each on the same Microsoft account. I double-checked. I have notebooks on the web account different from those on the mac app. I was looking around for a way to try to force a sync between the two but can't find one, and Onenote doesn't seem to be doing it on its own.

Below is a screenshot showing files that are on the onenote.com web app and not on the Onenote Mac desktop app. Similarly, there are two files still showing on the desktop app that I deleted from Onedrive.

Has anyone a suggestion as to how to get the two in sync. I realize that this is not much information to go on, but it's all I have. 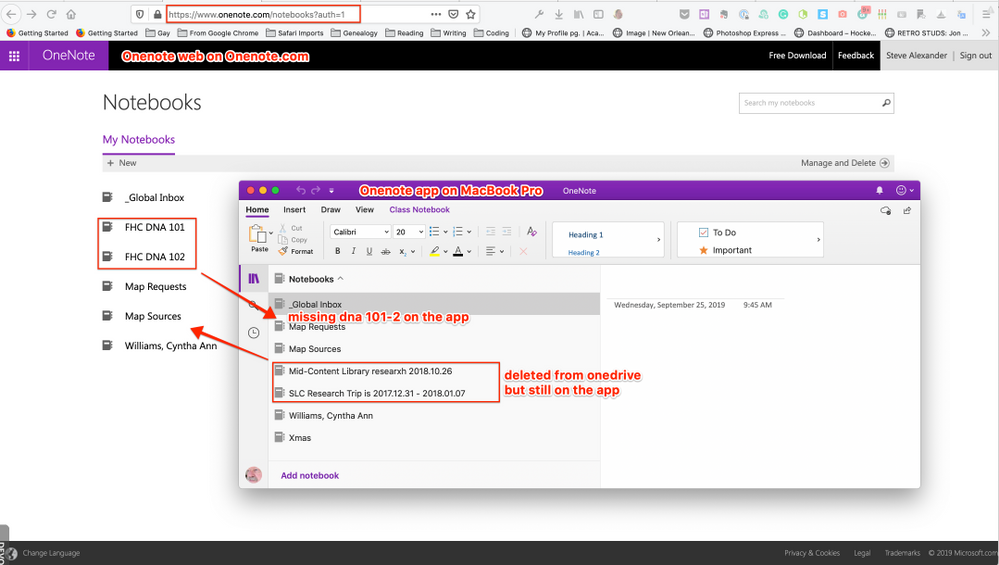 Re: Onenote for mac app not syncing with Onenote on Onedrive

@alxfyv  I am not a Mac user but you should always close the notebooks before deleting them.  Have you tried to open the notebook online first then choose the "edit Notebook" "Edit in OneNote app" option?