As a Microsoft Student Partner (MSP) Lead at Imperial College London, I got recognized and awarded “MSP of the month” for January 2017 for the most impact worldwide. 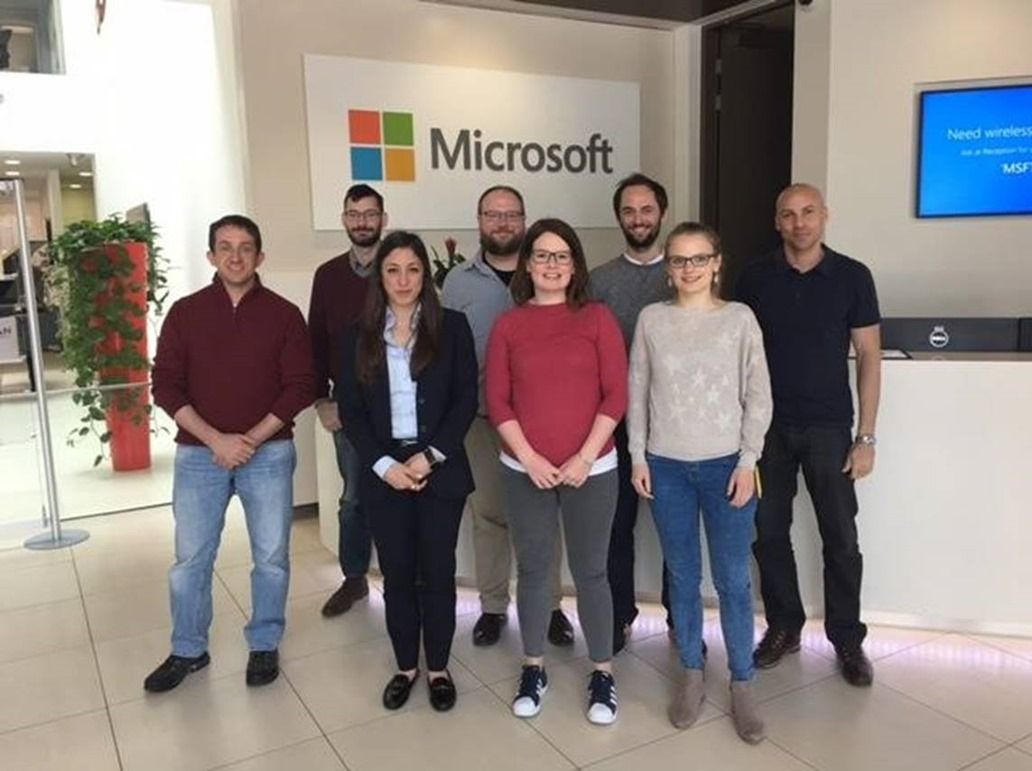 With over 120 events organized by MSPs in 2017 I was excited to stand out and get the chance to visit the Microsoft Research Centre (MSR) at Cambridge to meet the Biological Computation (BC) group. Only just graduating from a Master’s degree in Bioinformatics and Theoretical Systems Biology this year and to explore my options for the next big step, it was only fitting to be offered such an opportunity! 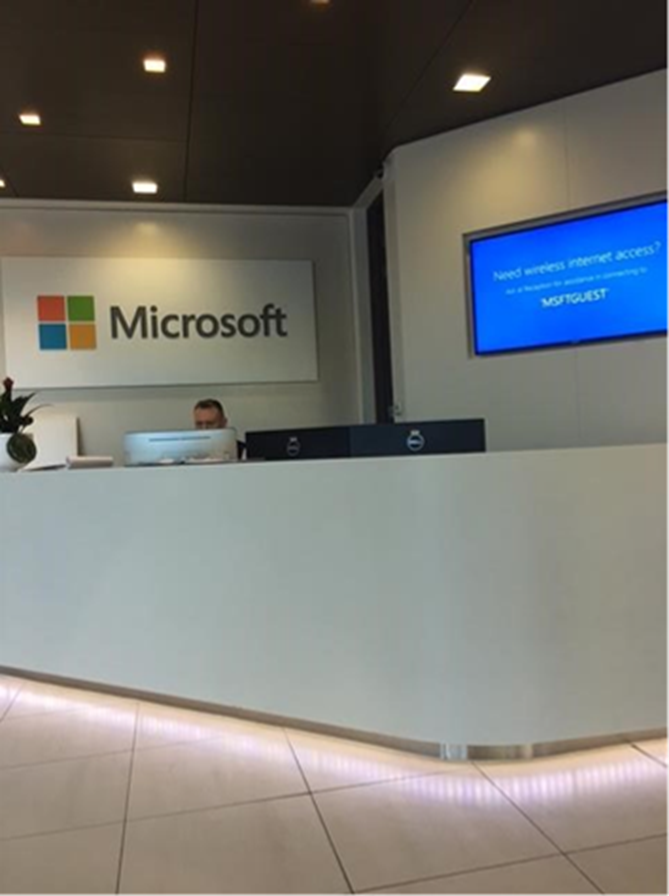 I arrived early, thinking my first meeting with Andrew Phillips, head of the BC group, began at 10:00, only to find out at reception that it was arranged for 10.30! It wasn’t a problem though as the receptionist was very welcoming, I sat in the waiting area and read the local newspaper. I didn’t wait too long, when Andrew walked in the building and we headed to the canteen to grab coffee before going upstairs to his office. I managed to break the ice by spilling coffee in the ever-so fast elevator door that closed on me, but once we laughed it off we got straight into talking science. 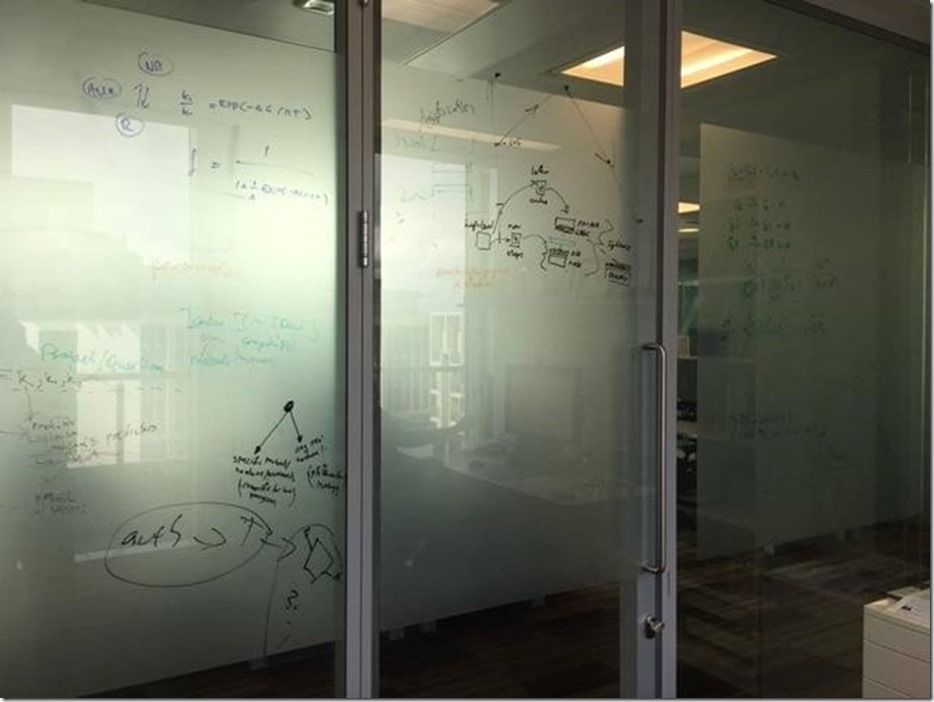 I gave an introduction on my background and the current stage I was in, the projects I’ve worked on and was asked about my current interests.

I asked Andrew how he transitioned from Computer Science to biology to which he said that he was interested in concurrent systems and was excited by the challenges in biology where there are still so many unknowns. What made an impression on me was his hopes to digitize methods within biology. He described how it was the missing factor in better understanding the field, especially coming from a theoretical background where it is essential to be methodical. We discussed how a significant percentage of all the published papers in journals lack reproducibility and he explained that he believes this is due to the lack of systematic procedures “in the longer term we want to, much like we run computer code, be able to run a precise biological program inside a living cell at the click of a button.”

My next meeting was with the lovely Sara-Jane Dunn. She began her career with math studies at Oxford and was inspired by her lecturers and the biological applications they spoke of. When I asked her about her current position she said that she loved the diverse backgrounds of the researchers in the BC group. At this point I could not but latch onto the word “diverse” and asked her if she was the only woman in the group, to which she chuckled and said “yes, it's not very common!” She continued to explain that she could understand the intimidation some women might feel, even coming into the building. She clarified that it may not be very inviting to women as the first thing you think of comparing it to is a “boy’s playground” with the pool tables, beanbags and video games out in the break room. We naturally began to discuss women in STEM and tried to ponder around where this gap truly originates from. She noted something interesting when she mentioned she came from an all-girl school. Subjects were less likely to be labelled as “boy” or “girl” focused. In fact, she described research that showed more women would get involved in STEM subjects when they came from all-girl schools as subjects have not been classified by gender such as Maths, physics or computer science and do not provoke attached intimidation.

We discussed the various initiatives and programs she took part in to help widen the participation and awareness of women in STEM subjects. I mentioned to her the recent initiative I launched with fellow MSPs, the “Tour de Tech” and shared with her how important it was for us to understand the different cultural characteristics that contribute to the underrepresented group in STEM subjects. She agreed and said, “absolutely … I might appeal more, or seem more relatable, to girls, and it’s vital to have a diverse spread of role models.” Girls want to see more women in the fields they’re interested in, “to see more women doing what they might want to do.”

After our long discussion about women in tech I finally heard about her own aspirations. Her overarching interest in “what cells compute” and in “navigating through the loose understanding of what’s actually going on in this era of big data in biology to figure out the right level of understanding.” As a group, she stated that they use a ground-up approach to try and uncover biological programs in stem cells, which process information to make the decisions that govern growth and development, and are motivated ultimately to support the ‘utopia’ of patient-specific cell reprogramming. Here, we can model the decisions of cells by borrowing methods of verification from computer science, for example. She fervently said she wants to contribute in the hard questions of complexity and noise.

Sara then directed me to Neil’s office, another brilliant mathematician! Neil’s inspiration to shift towards biology he stated boils down to a single man, the “godfather” of mathematical biology he said with excitement and a very well established figure within mathematical biology whom he had as a lecturer at university. He consequently preferred all his optional modules within his Maths degree to have a biological application. An email was then circulated on a PhD position within plant circadian rhythms to which he immediately applied for and secured. I asked whether it was purely computational and he said it was half and half. “Between you and me, did you absolutely hate the experimental side?” I asked. He replied with a smile and explained that the design and initial run through of the experiments enhanced his understanding of the biology and improved the computational and modelling side of his research. The part he found a bit boring was the repetitions of the exact same protocols, over and over again. We both laughed at the “trade-offs” he apparently made with his colleagues that didn’t mind the experimental procedures in exchange for help in programming! 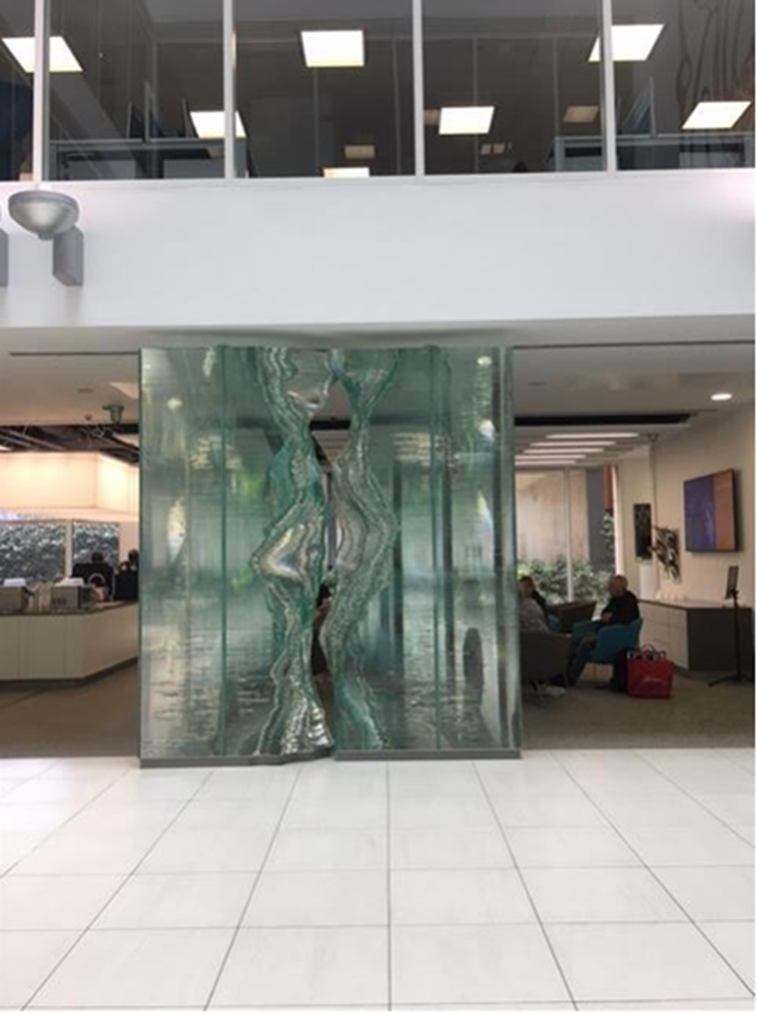 We next broke for an early lunch at around 12:00 in the centre's cafeteria. We had soup and bread, I also picked out a fruit collection. I got the chance to speak to the intern, Elisa, who said she was at her final week at the group after 3 months and was sad to go! She is finishing up her PhD on DNA origami at the University of Cambridge and planned to head back to Switzerland for her post-doc.

After lunch we took our group photos and then I headed towards the office of Luca Cardelli, who had great experience in the field. He shifted into the applications of biology when he was working on process algebra. He was interested in how a system’s information was communicated and how it develops within subsystems. He later realized that chemistry had a lot of similarities with process algebra in how things interact and how they change upon interaction. 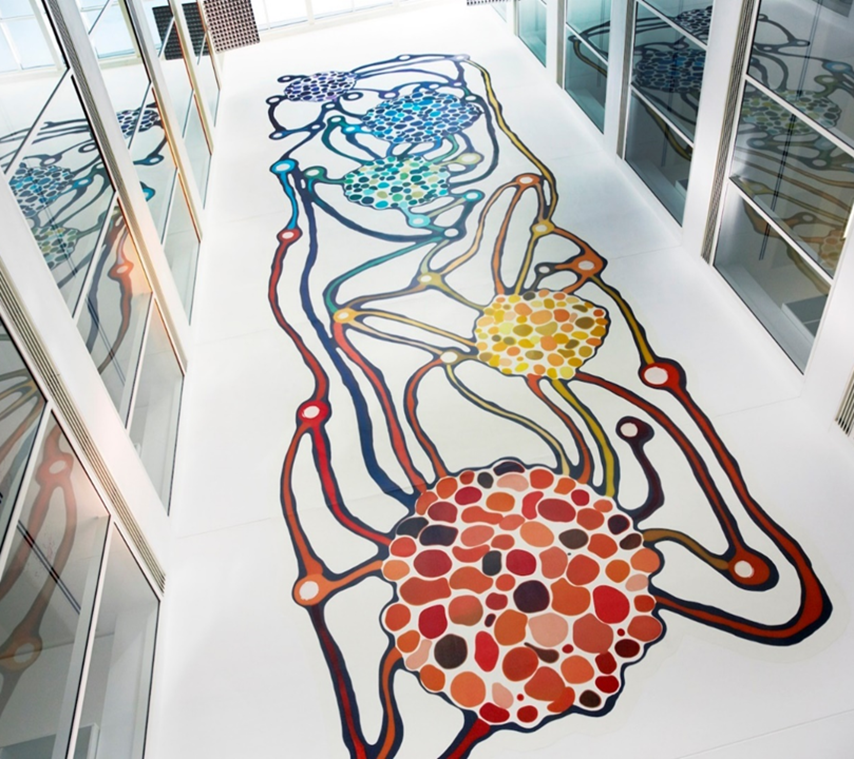 The most charming experience he shared with me when I said my background was in biochemistry is when he himself was catching up and learning about the field. He said “if you remember, I bought the Molecular biology of the cell textbook, you know the one that’s 2000 pages long?”

I replied “of course! That was the textbook we used in our undergrad.” He said “well there was no electronic version in my time and well I can’t read it unless it’s on my computer. So, I tore the spine of the book and scanned each page into PDF format so I can start reading it – and I did, I finished it all!”

The day ended with a nostalgic smell of the laboratory where Paul Grant, the biologist of the group, works. I managed to get him to share the excitement I had for zebrafish work but he reminded me how much easier it was to work with E coli in terms of cell re-programming!

It was inspiring to hear him speak about how passionate he was in exploring emerging properties found in nature. He tries to engineer these properties in E.coli, such as Turing patterns and Wolpert mechanisms.

Although he is trained as a natural biologist he jumped in the group to hold the synthetic biologist title and to serve as the “sanity check” within the ambitious research goals the team pursues. When we spoke about the group’s dynamics he said that there was “good tension” amongst them. A balanced mixture of a biologist’s intuitive approach and ad hoc development with the more directed Computer Scientist approach. He said the team worked well to introduce “systematic” to biology and “grounding” to the programming part of their work.

That was a great way to complete the MSR tour: stressing the importance of a group of diverse working backgrounds and perspectives. Overall, I had a refreshing experience with people that share the same vision of seeing synthetic biology and computer science working together to improve our future in health. Being the first MSP to be awarded a visit to the MSR, I invite other MSPs to get involved with their community as they can gain valuable industry and research insights for their future work.