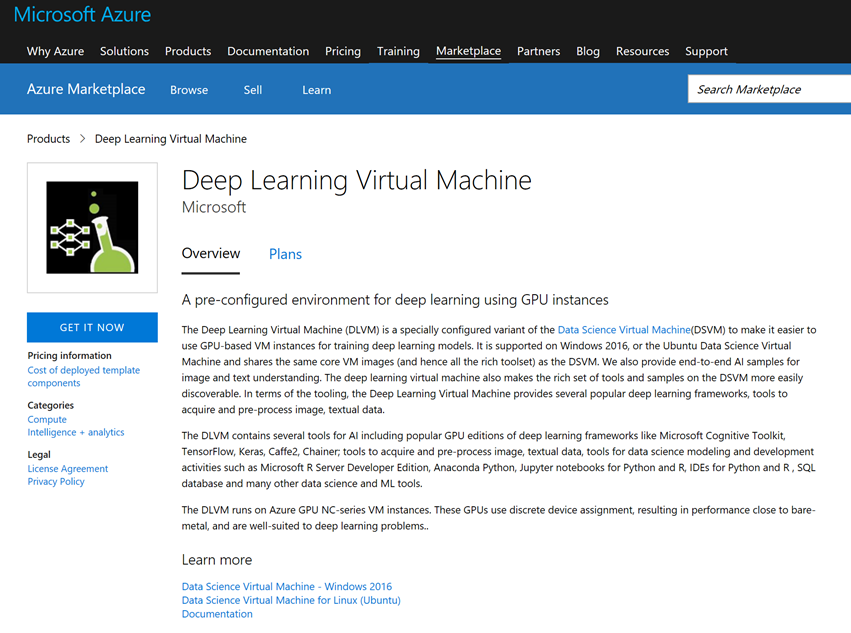 The DLVM is a specially configured variant of the Data Science VM DSVM that is custom made to help users jump start deep learning on Azure GPU VMs. The DLVM uses the same underlying VM images of the DSVM and hence comes with the same set of data science tools and deep learning frameworks as the base VM.

DLVM VMs specifically a for GPU based deep learning workloads and improve the product discoverability as a premier deep learning VM environment on Azure.

Why I think this is perfect for education

So the scripting of multiple machine deployment is pretty straight forward we have some bulk deployment scripts available at https://github.com/MSFTImagine/computerscience/tree/master/Scripts/Bulk-Sandbox-Deployment-Aut... 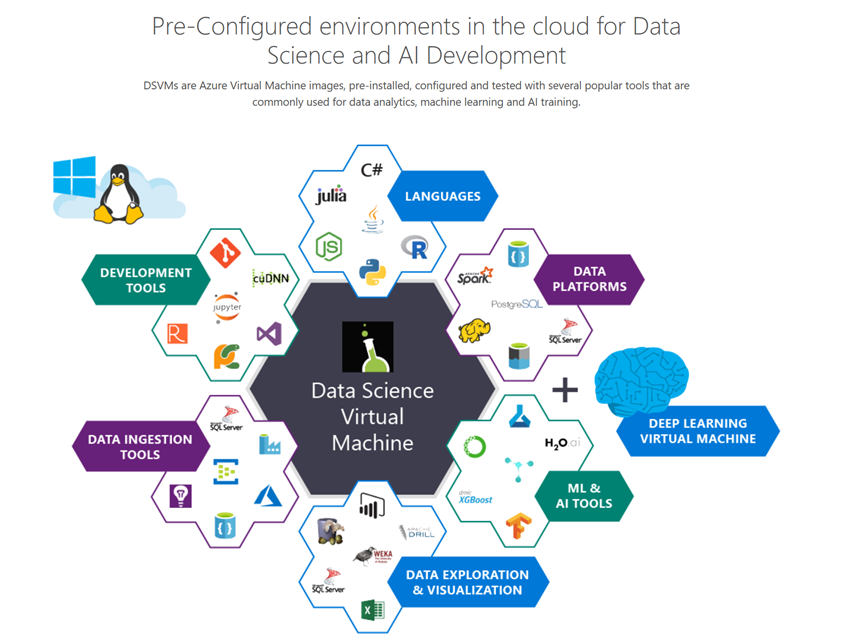 Some of the other non deep learning highlights on the latest release of the underlying DSVM images are: