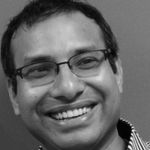 First published on TECHNET on Oct 02, 2018
The configuration manager hierarchy managing all of Microsoft devices (~300K) was traditionally hosted by on-premises virtual machines (VMs) and physical servers.  The goal of this project completion was to “lift-and-shift” migration of configuration manager infrastructure to Microsoft Azure which improves up time, reliability, and scalability by utilizing various new Azure features. We are now 100% hosted on Azure for configuration manager infrastructures for all site roles – primary site, SQL server, management point, software update point with the exception of regional distribution points/secondary sites. As part of this migration we have optimized distribution point content consumption significantly using peer cache and branch feature where almost 80% content is delivered from the peers vs distribution point. We have implemented SQL Server always on availability groups for configuration manager and WSUS database to provide redundancy and high availability.  We leveraged automation by using custom script-extension integration with Azure ARM templates to provide faster, more consistent, and error-free migrations. Lastly for the central administration site (CAS) migration we leveraged a new feature, site server high availability, in configuration manager, to migrate the CAS. This allowed us to avoid the risks associated with a CAS outage while migrating the CAS from on-premises infrastructure to Azure.

Key facts of this Configuration Manager Lift and Shift Migration

Here is the technical case study published for this migration journey.

3/4/20 - A new, more general, whitepaper has been published about the larger corporate initiative that was behind this:  https://techcommunity.microsoft.com/t5/device-management-in-microsoft/system-center-configuration-ma...