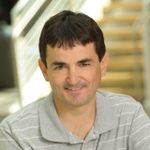 Always Encrypted helps prevent the exfiltration of sensitive data by rogue DBAs, admins, and cloud operators. Your data gets transparently encrypted and decrypted on the client side and it is never revealed in plaintext in the database system.

Without secure enclaves, setting up Always Encrypted can be challenging – since the database system has, by design, no access to cryptographic keys, encrypting a column requires data to be moved and encrypted outside of the database. As a result, the encryption process can take a long time and is prone to network errors. And, if you need to re-encrypt your column later, for example to rotate the column encryption key or to change the type of encryption, you will face the same challenges again.

With a secure enclave available inside your database system, there is no need to move your data for cryptographic operations. Since the enclave is trusted, a client driver within your application or a tool, such as Azure Data Studio or SQL Server Management Studio, can securely share the keys with the enclave for the duration of cryptographic operations. The enclave can encrypt or re-encrypt columns in-place. This typically results in a dramatic reduction of time needed to perform such operations.

Most client-side encryption technologies allow no operations on protected data within a database server. Always Encrypted (without secure enclaves) supports only one operation on encrypted columns: equality comparison. Many applications, however, require richer data processing. For example, personally identifiable information (PII), such as people names, addresses, national identification numbers, or credit card numbers often require pattern matching or sorting. If you want to protect your data from malicious admins and perform such computations without enclaves, the only option is to move the data to the client-side and process it within your application. However, this approach does not scale to large data sets and requires extensive application changes.

Always Encrypted with secure enclaves enables pattern matching, range comparisons, sorting, and more on encrypted columns, allowing you to use the database system for what it’s designed for: querying your data. There is no need for refactor your apps and expensive data movement.

For more information and to get started with Always Encrypted with secure enclaves in Azure SQL Database, see: