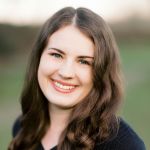 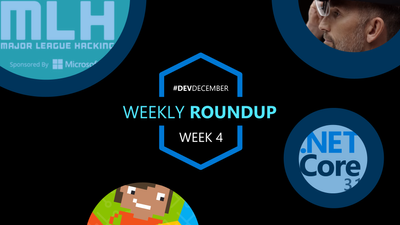 We’ve had a great ride this #DevDecember celebrating so many cool moments from 2019. From IoT ugly sweaters to hologram experiences that feel like the future has come knocking early, we're excited to see what 2020 has in store!

We’re finishing on a high note with the final week of our favorite Azure and dev moments of 2019:

.NET Core 3.0 was eagerly anticipated, and there was a lot to be excited about! We added Windows Forms and WPF, new JSON APIs, support for ARM64, and more. Review all updates, and also take some time to check out what was added in .NET Core 3.1

December 26th: Introducing Microsoft HoloLens 2
How do you make HoloLens even better? Our customers asked for three things: make it more immersive, more comfortable, and accelerate time-to-value. Read up on what we delivered

December 27th: 11 Years Old and Running Coding Workshops for Girls—Meet Avye
Meet Avye! She’s loved coding since she was seven years old (sound familiar?) and already has chalked up three hosting stints at Girls Into Coding events. Read about her passion for coding

Sneak Peek at December 28th: IntelliCode
Saving time is at the top of everyone’s wish list, and developers are no different. It’s no surprise then that IntelliCode is so popular with recommendations that help you cut to the chase, based on thousands of top rated open source projects on GitHub. Learn more

The very best of Microsoft Ignite in a city near you? Sweet! You’ll learn everything from new ways to build solutions to hearing about the newest tech. Plus, you’ll have a chance to connect with local industry leaders and peers. Find a city near you

Sneak Peek at December 31st: It ain’t over ‘til it’s over

We’re in the last hours of an exciting year. Thanks to all who’ve followed #DevDecember and added to the conversation with their own, personal #1 dev moments of the year. If you haven’t yet, it’s not too late chime in!

Happy new year from your hosts of #DevDecember!