I am new to the Access software, hopefully can get this figured out. I also did not create any of the tables, forms, or reports.  I've appended new data into an existing table (was a challenge just to get that figured out and make sure the new data was formatted correctly to the right columns) but now I have a new issue in the new data is not being reflected in the forms when you pull up the record. The new data is also not being included in the reports.

I've included some screenshots of the issue. How do I get the new data to be reflected in the form and in the reports?

How the form for the customer record looks like, you'll notice it only lists the one transaction from 1998 and only has one record instead of two. 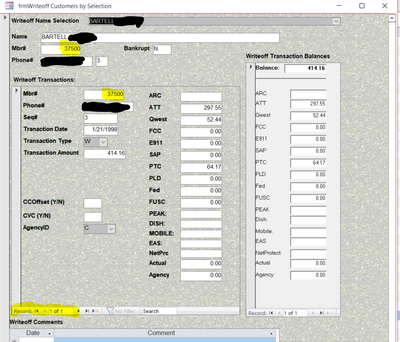 The next two screenshots are what I get when trying to run a report for the new transaction data, you'll notice nothing about the second transaction shows up.

Any ideas, suggestions or help would be greatly appreciated!