Turn on suggestions
Auto-suggest helps you quickly narrow down your search results by suggesting possible matches as you type.
Showing results for
Show  only  | Search instead for
Did you mean:
Resuming optional Windows 10 and Windows Server non-security monthly updates
By 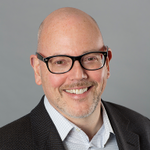 In March, we announced that we would pause optional non-security update releases (also referred to as "C" and "D" releases) for all supported versions of Windows client and Windows Server to give organizations time to focus on business continuity in the face of the global pandemic. Based on feedback and the ongoing stabilization of business continuity, we will resume optional releases in July of 2020 for Windows 10 and Windows Server, version 1809 and later, to once again provide you with the ability to test planned non-security fixes targeted for the next month’s Update Tuesday (or "B") release. We are also instituting a few changes to simplify the update process and help you continue to stay current with Windows 10 and Windows Server.

First, in response to feedback, these validated, production-quality optional releases will be now called "Preview" releases for clarity, and will be offered only for Windows 10 and Windows Server, version 1809 and later. You will see the naming change reflected in the release title as shown in the example on the Windows Update page in Settings below:

Second, to simplify update management for IT, these "Preview" releases will be delivered in the "C" week only. There is no change to the cumulative monthly security updates (also referred to as the "B" release or Update Tuesday release). These releases will continue to contain all previous updates to keep your users protected and productive.

Third, if you use Windows Server Update Services (WSUS) to manage updates, you will no longer see "Preview" (or "C") releases for Windows 10 or Windows Server in the WSUS channel. This ensures a consistent update management experience across all supported versions of Windows in your environment.

For more information about the various types of Windows updates (such as critical, security, driver, service packs, and so on, please see Description of the standard terminology that is used to describe Microsoft software updates. To find out when new content is published to the Windows release information message center, follow @WindowsUpdate.