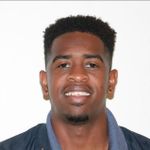 With Windows 10, version 1803, we started to deliver language translations via Local Experience Packs, also referred to as LXPs. LXPs are smaller than their lp.cab counterparts because they only contain a subset of language translations that cover most of Windows. Once the device is connected to the internet the rest of the translations are downloaded to the device. As an OEM or system administrator; however, you previously had to add lp.cab for full languages (SKU languages) to the OS image using Deployment Image Servicing and Management (DISM).

Now that OEMs and system administrators can package images with LXPs, there can be significant storage space savings. Specifically, devices with LXP-backed images can support more than twice as many languages out of the box with less than half the storage space[1] needed by traditional lp.cab-backed images.

The table below gives an overview of common language configurations and the potential space savings[2] that LXPs can provide.

While Language Interface Packs (LIPs) are only supplied as LXPs, full languages are supplied both as LXPs and lp.cabs.

Things to be aware of

When creating an LXP-powered image, please be aware of the following pre-conditions:

[2] The savings displayed on the table primarily correspond to the image size. After the Windows Installation is complete, unused languages will be removed from the system.