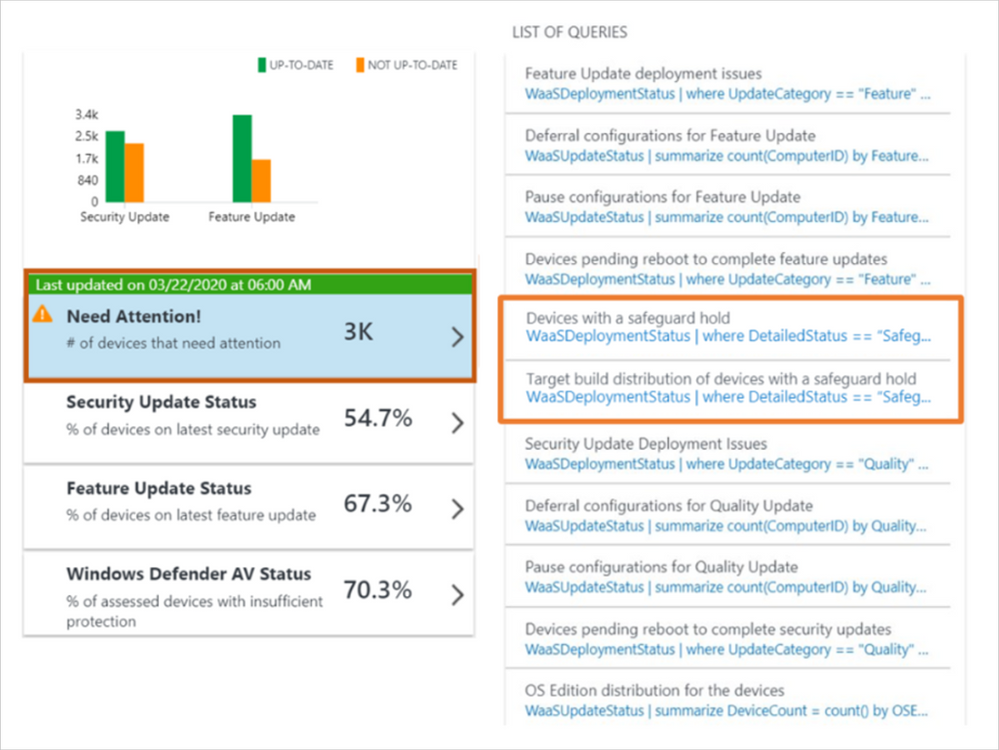 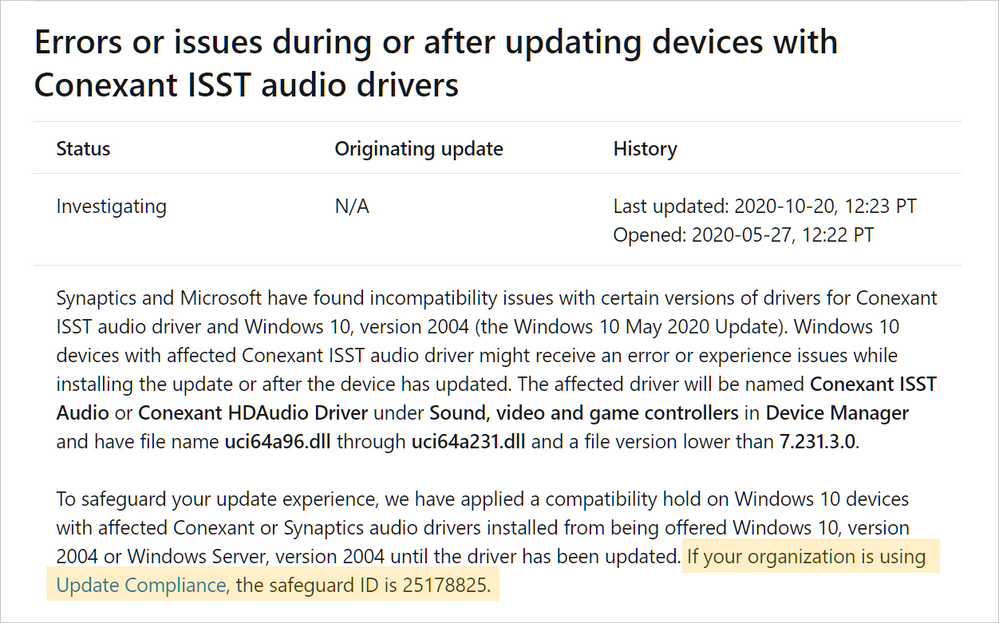 Microsoft publicly discloses information about safeguard holds preventing Windows updates when the holds are broadly applied, and Microsoft can independently address the issues driving the block. When a safeguard is the result of third-party software or hardware incompatibilities, Microsoft is subject to confidentiality requirements. Only in certain circumstances are we authorized to disclose original equipment manufacturer-driven holds.

This is helpful. In our environment, we have a number of Safeguard Hold IDs that cannot be found in the Windows release health dashboard. Should we assume that these are 'the result of third-party software or hardware incompatibilities' that you cannot disclose?

I'm not familiar with Update Compliance. Is it possible to access this information through PowerShell or REST? -Mike

Could you clarify what this means @Megha_Sharma?